The 1DX and the daily grind

Let’s be honest. Many of the assignments photojournalists are sent to are mundane. Most of our sports assignments are at high schools. Most of the politicians we photograph  are members of the city council or county board.

So how does the 1DX hold up with the daily grind of a photojournalist? Very, very well.

Let’s start with the easy thing. Sports. As I mentioned in my previous post about this camera, the auto focus speed and accuracy is incredible. Twelve frames per second helps you nail the right moment in peak action.

I shot my first baseball game with this camera last week. I shot the game with either just a Canon 300mm f/2.8 or that lens paired with a 1.4x teleconverter (which makes it a 420mm f/4). One of the first things I noticed was how quick it was to lock on to action and stay there.

Sometimes, I’ll have my camera trained on a certain player when the action happens in another direction. Before, I would quickly pan my camera pressing the auto focus button, only to have the camera hunt for focus. Often times, the play would be over before the camera finally focused. Not anymore.

Boylan’s Michael Lundeen (7) misses a catch while reaching to tag out East’s Noah Nunez (10) at second base Wednesday, May 8, 2013, during a game at Boylan High School in Rockford. MAX GERSH/ROCKFORD REGISTER STAR ©2013

As I continued to shoot the game, I noticed how minimally the auto focus speed and accuracy was affected by the 1.4x teleconverter. The images were still razor sharp and in focus almost instantly. The high resolution of the camera allowed me to shoot deep into the outfield and crop later, maintaining tremendous detail. The image below originally had the entire body of the outfielder, as well as much more of the background. 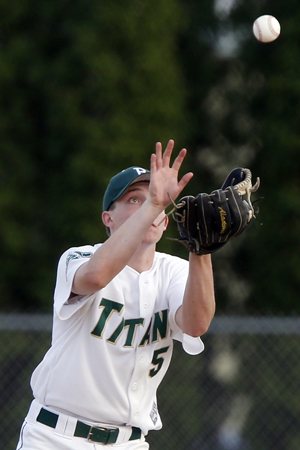 Boylan’s Nick Rodenbeck watches the ball into his glove Wednesday, May 8, 2013, during a game against East at Boylan High School in Rockford. MAX GERSH/ROCKFORD REGISTER STAR ©2013 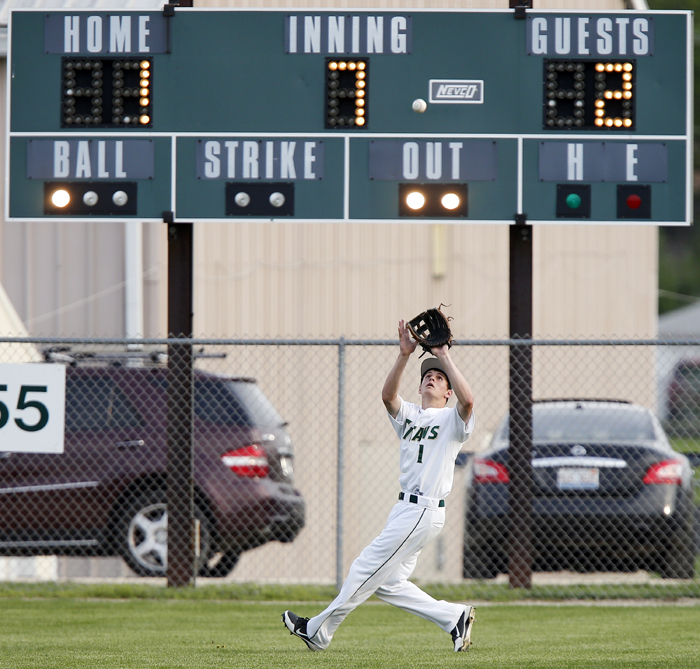 Boylan’s Chase Ferger (1) reaches for a ball in the outfield Wednesday, May 8, 2013, during a game against East at Boylan High School in Rockford. MAX GERSH/ROCKFORD REGISTER STAR ©2013

I also have had the opportunity to take this camera to a track meet or two. Again, the moment you point the camera and hit the focus button, it’s on. 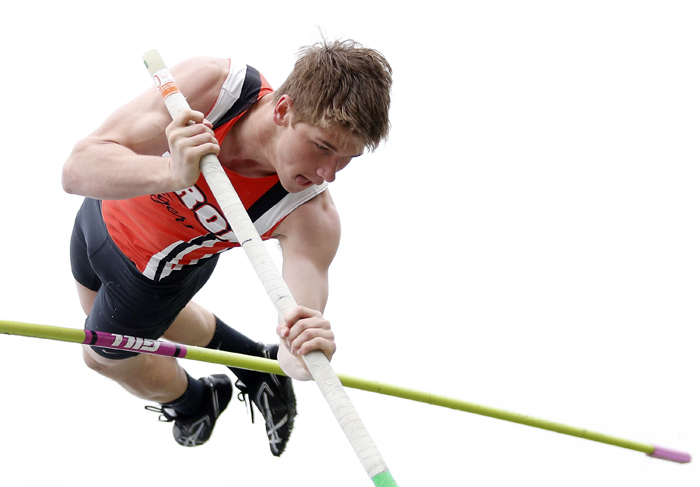 It would be redundant for me to say it again, but this camera has rocked at soccer too. 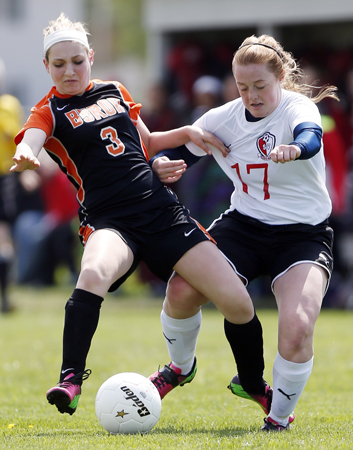 Byron’s Kellyn Euhus (3) is knocked off balance while fighting for the ball with Stillman Valley’s Carley Frost (17) Saturday, May 11, 2013, during a game at Stillman Valley High School. MAX GERSH/ROCKFORD REGISTER STAR ©2013 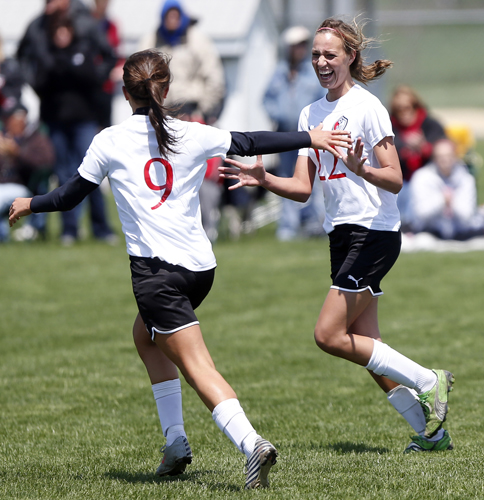 But my job isn’t all sports. And luckily, the 1DX isn’t either. It has superb focusing in low light situations. Not to mention the image quality at high ISOs. The following image was shot at ISO 5000. Still crisp and clean. I was able to use the faint overhead and window lights, giving it a more natural look without requiring any additional lighting. 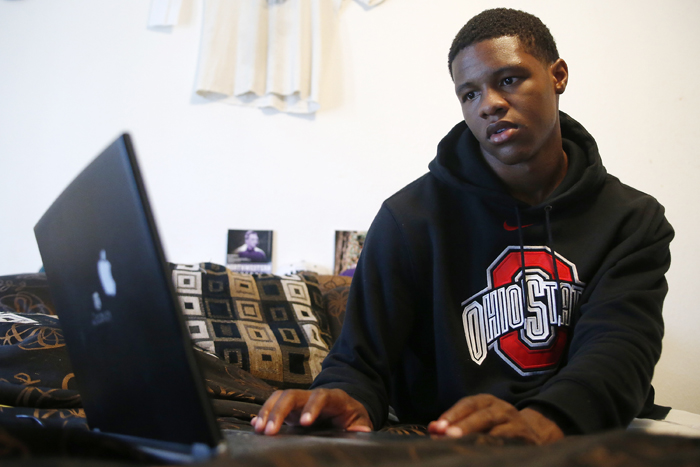 Cleveland Redd, 17, pulls up information for a U.S. history class project Tuesday, May 7, 2013, at his home in Rockford. Redd has had Comcast Internet Essentials for about four months which allows him to do school work at home. MAX GERSH/ROCKFORD REGISTER STAR ©2013

And of course, it does play well with artificial lighting. 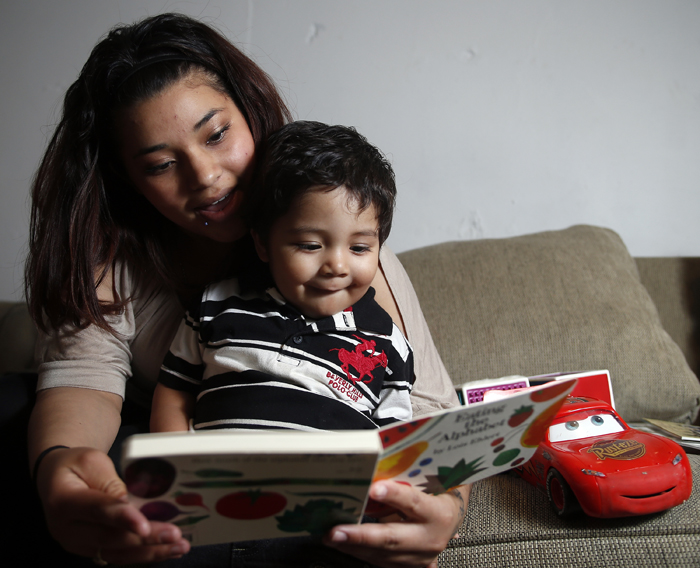 Cynthia Torres, 19, reads a book with her son, Ivan Vidales, 18 months, Friday, May 3, 2013, at their home in Rockford. Torres was a participant of La Voz Latina’s teen parenting program. MAX GERSH/ROCKFORD REGISTER STAR ©2013

The high-resolution (18 megapixel) sensor has already saved my butt a few times. Sometimes, long glass isn’t long enough. You need the digital crop that high resolution cameras can give with clarity.

I was at a spot news assignment where a murder suspect had been caught. We knew the police had the suspect in the back of a police van and we were waiting for them to transfer him to a squad car. While ultimately they did the exchange out of our view, I was able to snap a few frames when they briefly opened the van door. I was shooting with a Canon 300mm f/4 lens from a good distance away but had the resolution to crop in and see the suspect. While I did do a little dodging to the suspect’s face, it’s not as much as you might think. This camera maintains detail in a wide tonal range unbelievably well. 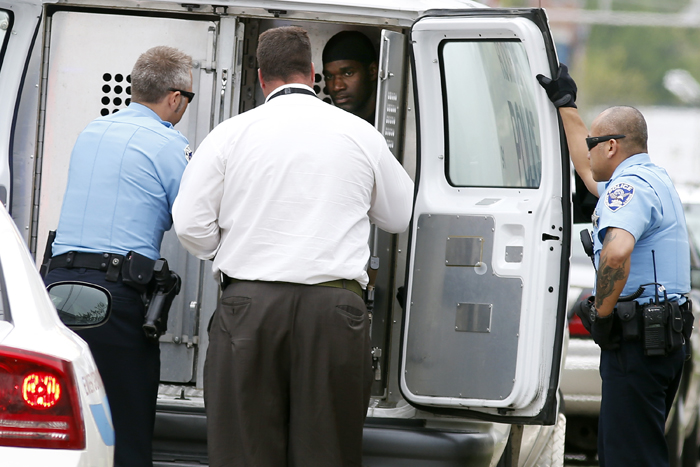 Rockford and Belvidere police open the doors to a van to photograph a suspect in custody Friday, May 10, 2013, on 11th Street near Woodruff Avenue in Rockford. MAX GERSH/ROCKFORD REGISTER STAR ©2013

Lastly, a fun assignment (as long as it’s just a drill). The Chicago Rockford International Airport held a disaster drill, practicing as if two airplanes collided midair. Emergency responders had to react on the fly. People were made to look injured or dead, scattered around the crash site. 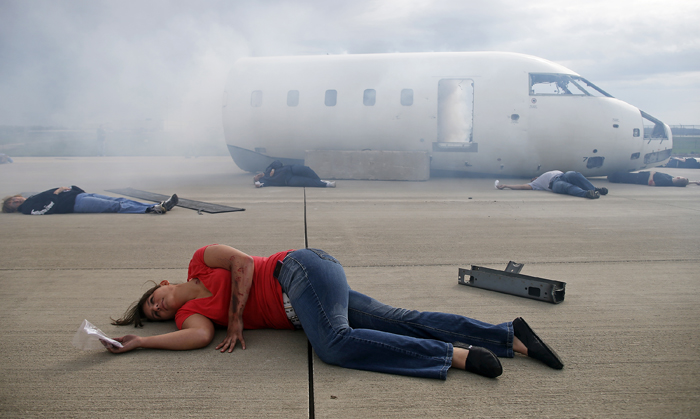 Smoke billows out of an airplane fuselage while volunteer victim Bryce Shaner, 18, of Lanark, lies on the concrete Saturday, May 4, 2013, during a mock plane crash drill at the Chicago Rockford International Airport. MAX GERSH/ROCKFORD REGISTER STAR ©2013 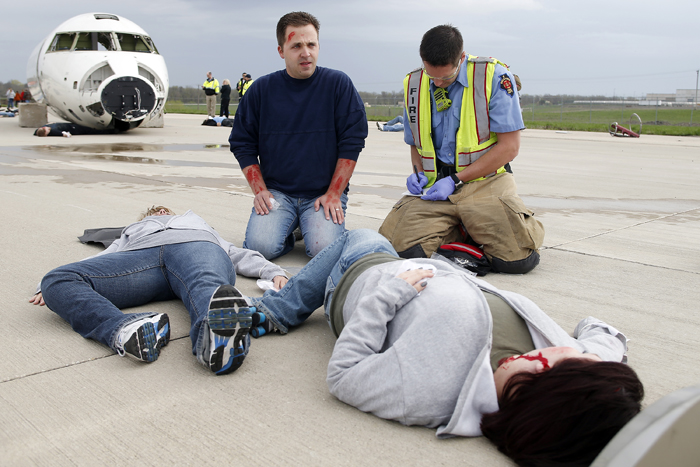 Brad Englin talks to an emergency responder while playing the role of a victim with minor injuries Saturday, May 4, 2013, during a mock plane crash drill at the Chicago Rockford International Airport. Englin was providing the responder information about his mother (left), Barb Englin, and sister, Julie White, who were playing the roles severely injured victims. MAX GERSH/ROCKFORD REGISTER STAR ©2013

I think it goes without saying, this camera performed flawlessly again.

I continue to learn new things about this camera. There are infinite customization options and it seems like it can handle anything I throw at it. From mundane to major, this camera is ready for everything I’ve got and then some.