Wrestling may not be in the Olympics by the end of the decade but in Northern Illinois, it will be just as popular as ever.

I got my first taste of wrestling in high school. I was dragged in by a good friend that helped start our school’s team. As a new team, we weren’t very good. Wrestling in the 189-pound weight class, I was especially bad. You’d think that some of my opponents wrestled cattle. They were solid muscle. I was… not.

My time on the mat became time beside the mat. With a camera in my hands of course.

I hadn’t shot too much wrestling before I started with the Rockford Register Star. It wasn’t a big deal. Here, there are powerhouse teams that regularly win big tournaments. Nationally ranked wrestlers flood our region.

Since we tend to cover the teams that win, many of my shots are from wrestlers from Dakota High School. The school has a serious wrestling legacy, including the dynasty of the Alber family.

While I’m allowed to use lighting at wrestling meets, I didn’t this year. It can been a tricky sport to photograph. The light is often on the backs of the competitors while their faces are in the shadows. Proper lighting can help alleviate that. I just didn’t do it this year. Instead, I waited for the right opportunity when light was on the faces of the wrestlers or just exposed for what I wanted.

While I often shoot from a low angle for sports, it’s especially important if you’re trying to capture the faces of the competitors as they are frequently face down. Of course, like all things in photography, that is just a guideline. A shot from on top of the bleachers can be very cool too.

Here are a few of my favorite images from this season. 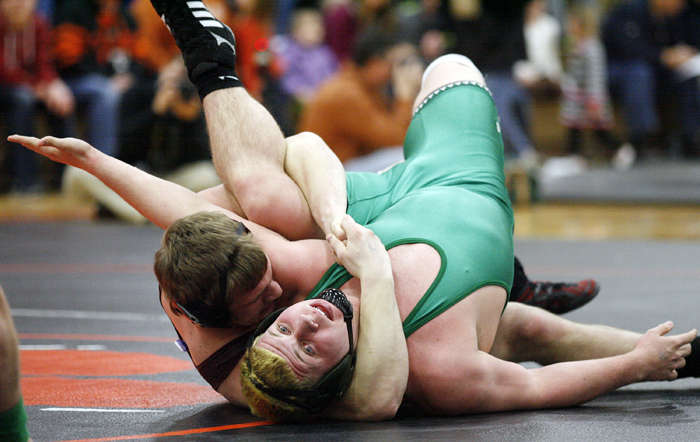 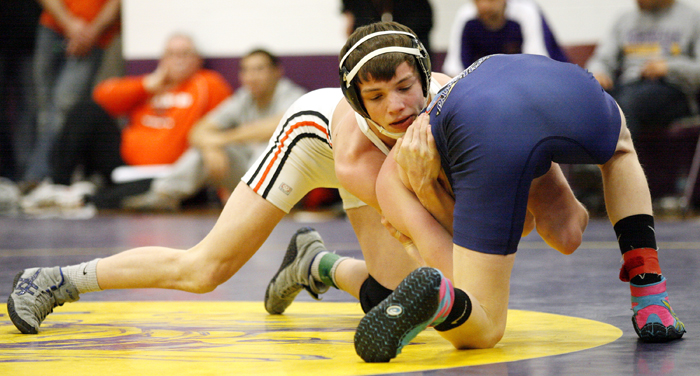 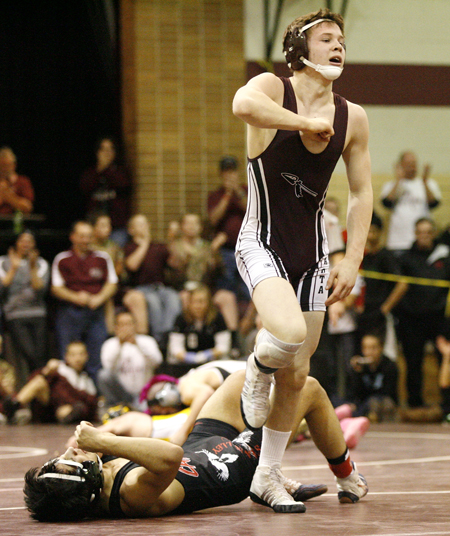 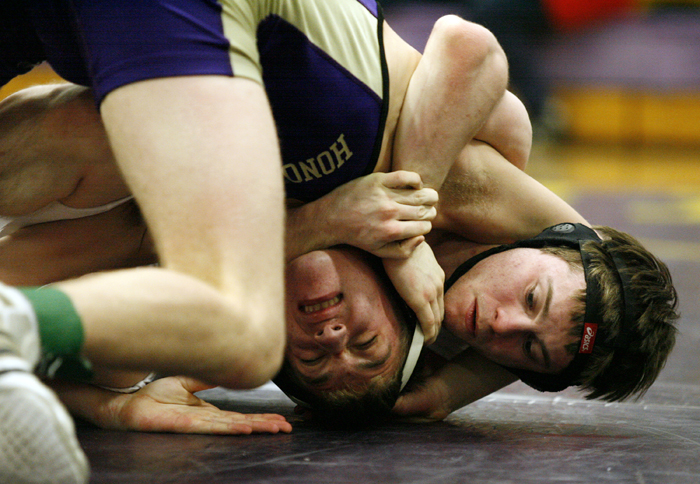 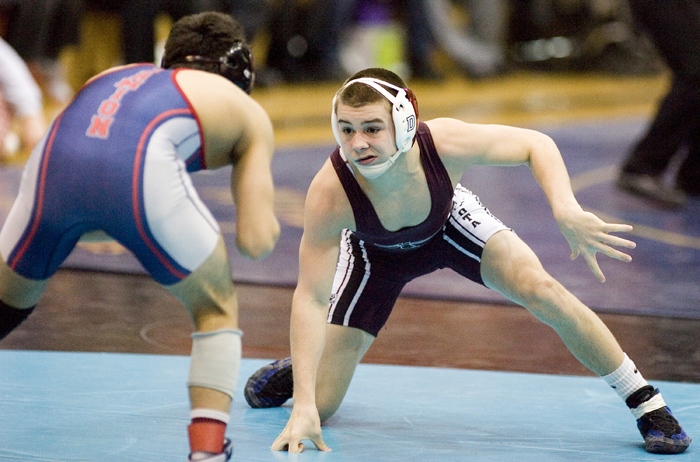 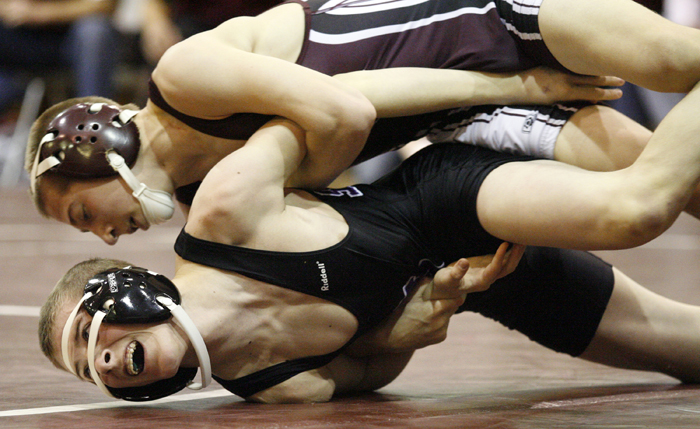 Dakota’s Dillon Swift (top) works to get Lutheran’s Austin Grant on his back in the 106-pound championship bout Saturday, Feb. 2, 2013, during the Class 1A wrestling regional at Dakota High School. Swift went on to win the bout. MAX GERSH/ROCKFORD REGISTER STAR ©2013