It has been many years since I’ve been able to take a real vacation. So after years of just talking about a road trip, a few of my good friends (Gavin Culbertson and Yuefeng Deng) and I decided to take off and head south.

I left Rockford and picked them up in St. Louis. From there, we made the first leg of the trip to Louisville, KY where we were able to mooch a free nights sleep and plenty of food from my family. Once well rested, we headed to Mammoth Cave in Kentucky. After a quick tour, we got back in the car and kept moving. We needed to make it to Walland, TN by the end of the night.

You see, Walland was the base camp for much of our trip. One of my trip companions and good friends, Gavin Culbertson, has an uncle and aunt that lives there in the foothills of the Smokey Mountains. Yes, another free place to stay. But more importantly, they were full of what I like to call mountain wisdom that can’t be found in books or on the internet. Who else do you trust to draw roads on maps when you’re driving into areas with no cell phone or GPS service?

The first day, we followed them in our car straight into the mountains. We were headed to Max Patch in North Carolina. With a few stops on the side of the road of course for photo ops. 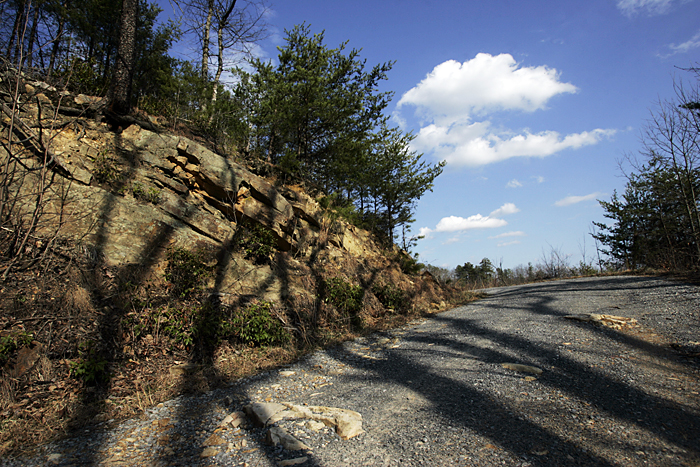 Shadows on a road in the Smokey Mountains. ©2011 Max Gersh

Since all three of us are photographers either in profession or hobby, it didn’t take long before cameras were photographing cameras. 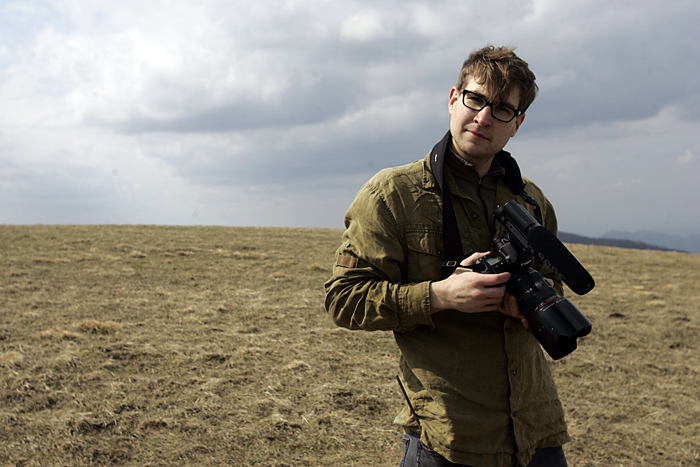 And since I had just stared learning how to play the banjo, it was only fitting that I bring it on the trip to the south. Gavin’s aunt just about melted the strings when she played it on top of Max Patch. I aspire to be as musically talented as she is some day. 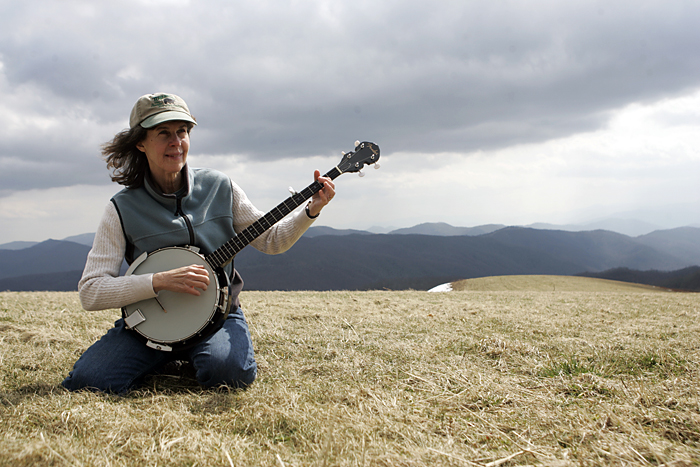 Gavin’s aunt smoking the strings on my banjo at Max Patch in North Carolina. ©2011 Max Gersh

It might have been the next day that we drove the Foothills Parkway to Look Rock. It is just one of those places that is incredibly scenic and you can’t help but linger around just … well, looking. As you go up a foot path, you come to what appears to be an old fire tower. Although the hike is short, it is uphill at a decent grade. It reminded me how out of shape I am! 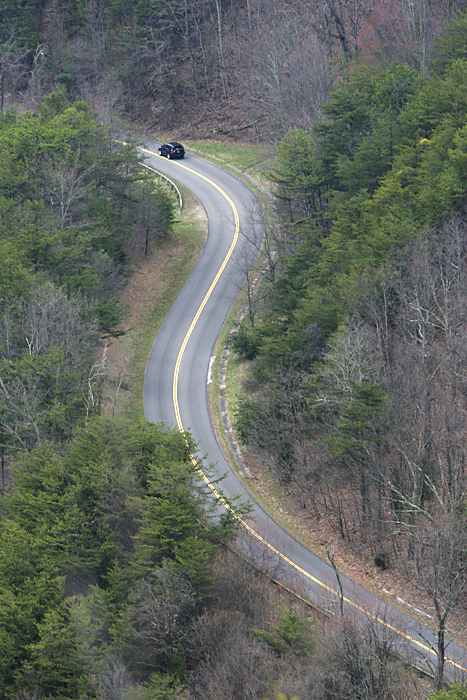 That wasn’t our only trip down the Foothills Parkway. A day or so later, we found out why the Smokey Mountains are named as such. 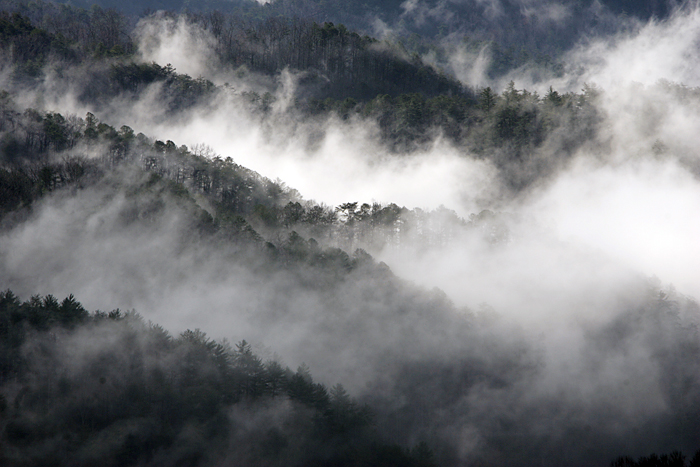 The Smokey Mountains as seen from the Foothills Parkway near Wallad, TN ©2011 Max Gersh

We continued to Townsend, TN where we did a hike to Abrams Falls. Again, found out I’m way out of shape. 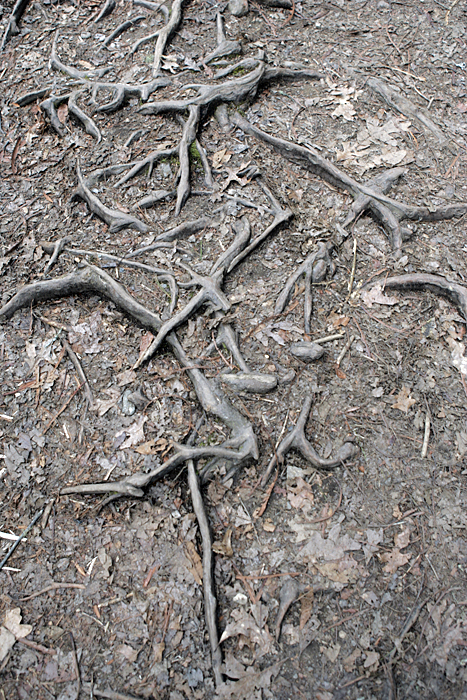 Roots in the ground on the hike to Abrams Falls. ©2011 Max Gersh 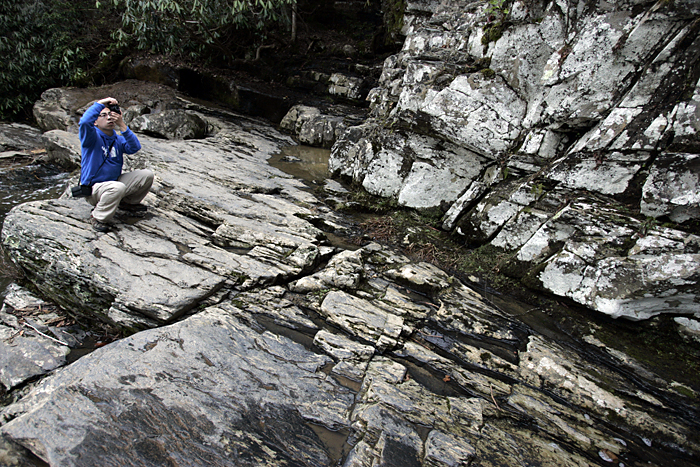 The problem with driving around in this part of the country is that there is so much to see. It seemed we were stopping regularly to hop out and photograph a stream or small waterfall. 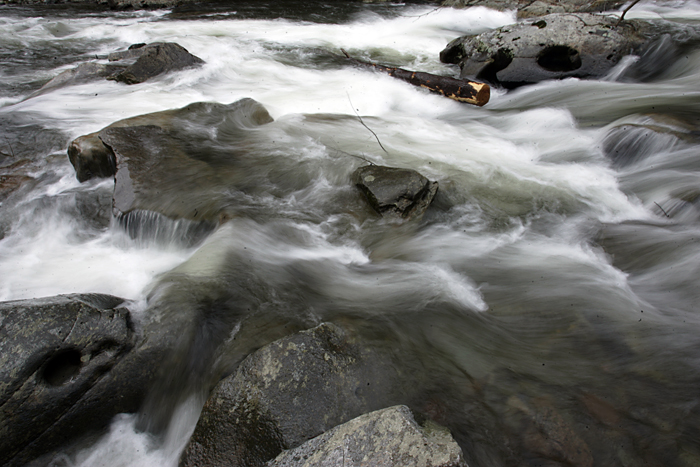 When we finally left Walland, we starting heading west towards Nashville. Gavin had more family just west of Nashville in Clarksville, TN. But there would be no fun in a drive straight there. We stopped at Fall Creek Falls State Park to do some more hiking (still out of shape) and camp. 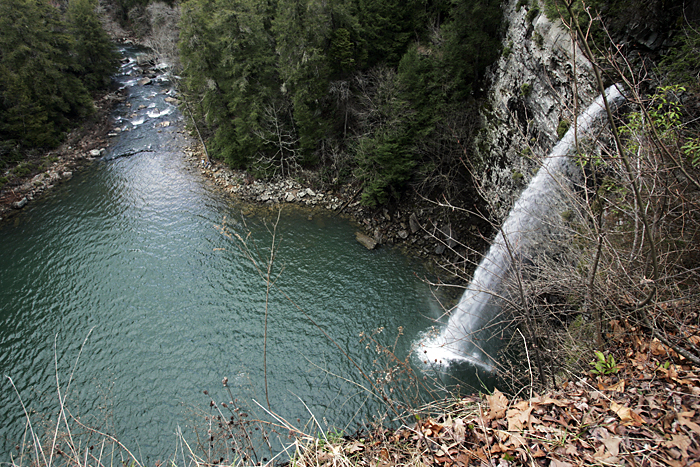 Water shoots out of the side of a rock wall at Fall Creek Falls State Park. ©2011 Max Gersh

Fall Creek Falls is the tallest waterfall west of the Rockies at 256 feet. 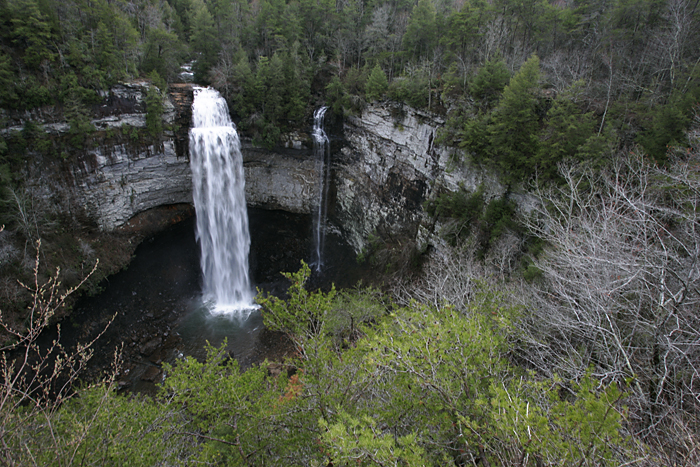 Fall Creek Falls is the tallest waterfall east of the Rockies at 256 feet. ©2011 Max Gersh

Of course we had to hike to the bottom. 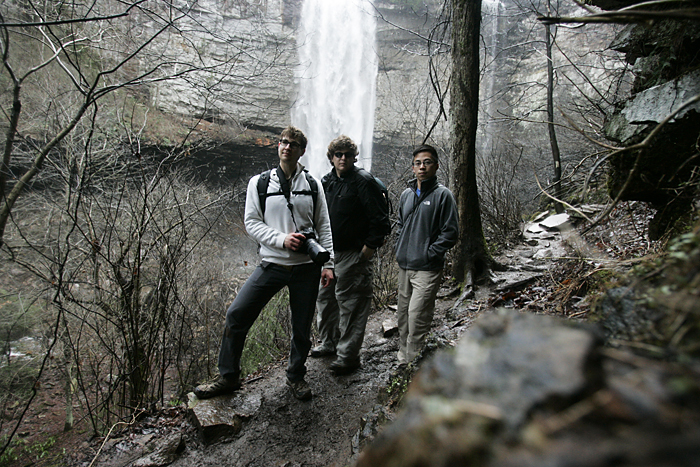 After a nights rest in tents, we continued on with a slight detour to Rock Island State Park. 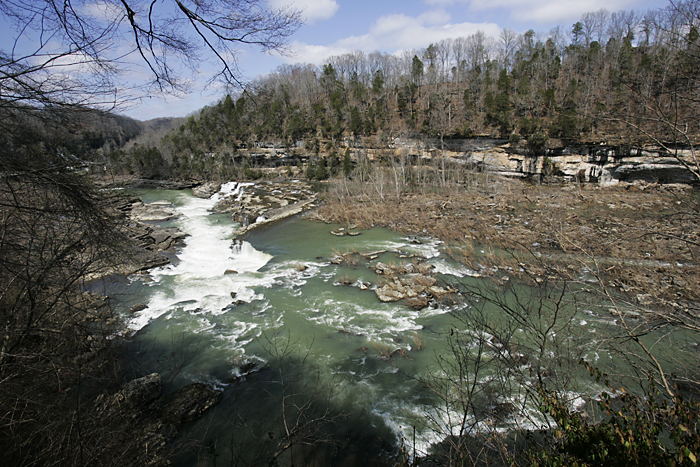 And yes. We tasted the water running down the rock face. Wonderful.

After making it to Clarksville, we were ready to get some food and a little bit of rest. But a little bird had to sit on a wire right in front of the moon. One more photo before dinner. 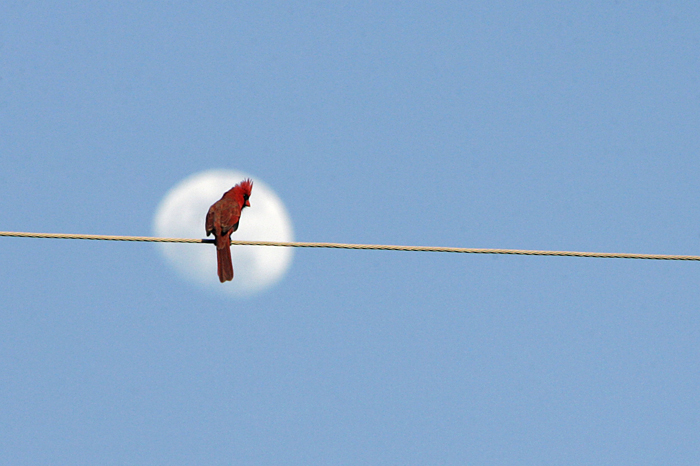 A cardinal sits on a power line outside of a home in Clarksville, TN. ©2011 Max Gersh

All in all, we drove 2,500 miles in one week. Well worth it. I only wish I had more time to explore.