My paper has started a project called 20 under 40. Citizens under 40 years old were nominated for profile pieces that would appear in our paper.

Each one needs a storytelling portrait.

It has presented a unique opportunity to really think on my feet for a good environmental portrait for so many different professions. We are only half way through the project and I haven’t shot every single one that has been published. Here are a few of my favorites thus far.

Each portrait delivered a new set of challenges. For this portrait of Jerry Ingalls, senior pastor at First Baptist Church, I had to find a location that focused on him but still had a churchy feel. When he told me about how he really likes to interact with his congregation, I thought it would be best to sit him in the pews near some stained glass.

I try to pay a little extra attention to the details with portraits. For example, I didn’t want a big highlight from my strobe (I used my DIY beauty dish on all of these) on the stained glass so I had to angle it just right. Also, I positioned myself so the pew on the right hid an electrical outlet on the wall. 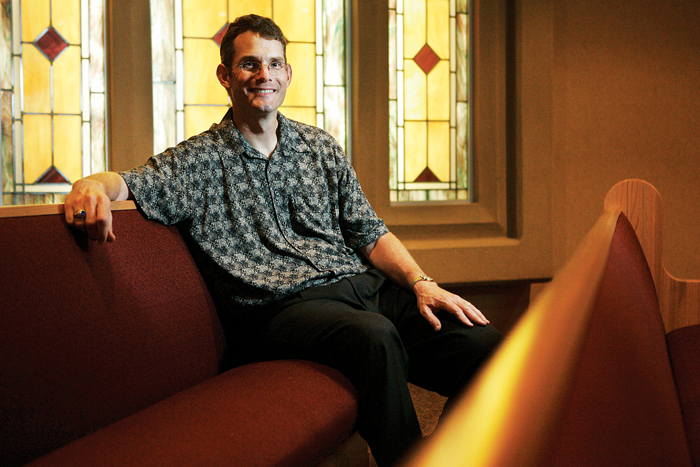 For some of these portraits, I had very little time to work with the subject. For example, I met up with Dr. Damion Harris at his work during his clinic hours. Needless to say, he wanted to be in and out. He mentioned that he could pull up an x-ray on his computer and we went with it. Within five minutes, we were done. 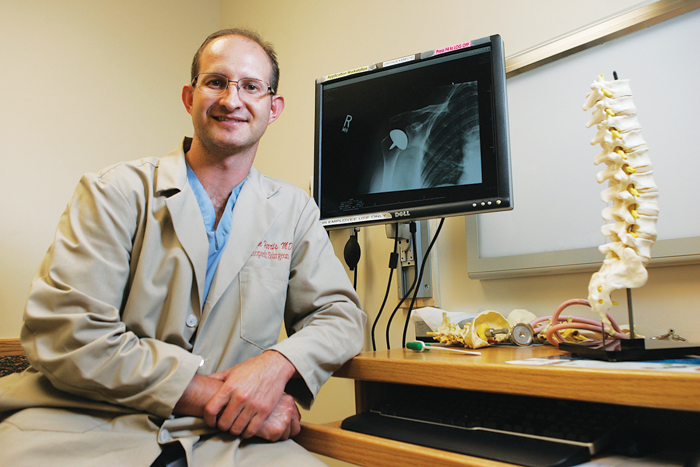 Dr. Damion Harris is an orthopedic surgeon at the Forest Ridge Medical Pavilion. Harris came to the New Castle facility about seven months ago and specializes in shoulders. (C-T photo Max Gersh) ©2010

Reflections were again a huge issue while photographing Adam Bowman in Myers Furniture and Appliance. The light had to be just right to minimize huge glares. It was also interesting trying to balance the exposure on him and on the surrounding HDTVs in a very dimly lit room. 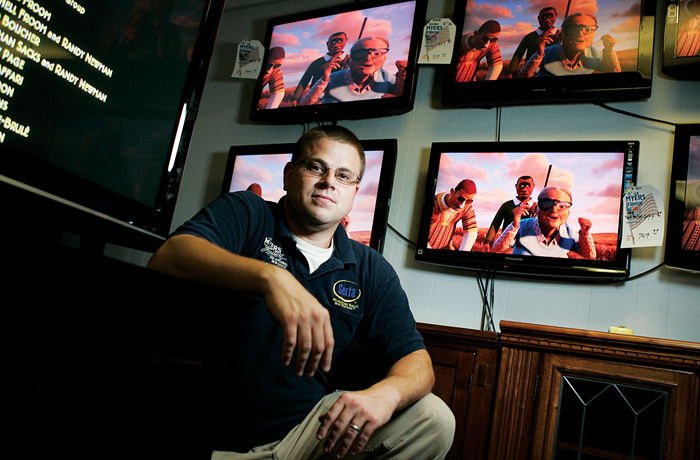 Weather was the tricky factor for Lindsay Brown’s portrait. It stormed very heavily the morning of the shoot. I wasn’t sure what was going to be happening by the time of we met up. The clouds broke and we had sun. Lots of sun. So much sun that I had to shoot at ISO 50 and f/8 to get my shutter slow enough to sync with my flash  (1/250th sec) which I needed to fill in shadows. 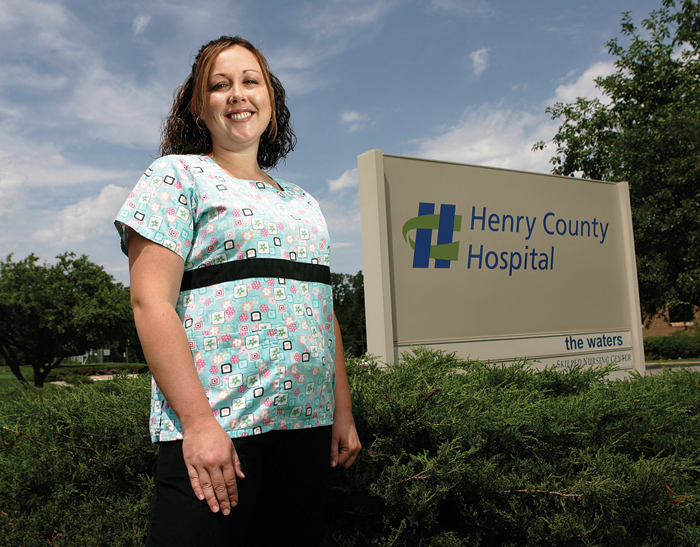 Lindsay Brown has been working at Henry County Hospital for almost five years, currently working in the emergency room as a nurse. (C-T photo Max Gersh) ©2010

For Seth Stevens, the biggest challenge I thought I would be facing was the location. When I heard banker, I immediately wanted to shoot by or in the vault. I was almost certain they wouldn’t allow it for security reasons. But it never hurts to ask. 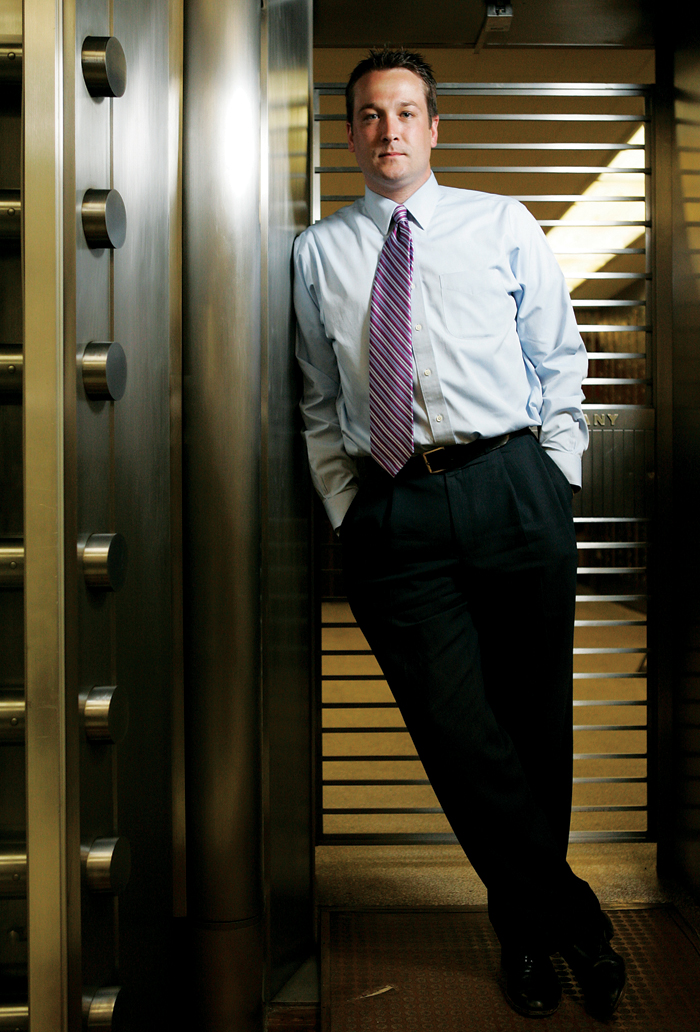 I still have more portraits to shoot in the coming weeks so I look forward to seeing what kind of fresh ideas I come up with.