Let’s just say I was bored the other night. I decided to shoot a self portrait.

The idea was to capture an image of myself off the ground glass in my Hasselblad 500 C/M. I had done something similar when I was testing the Hasselblad. 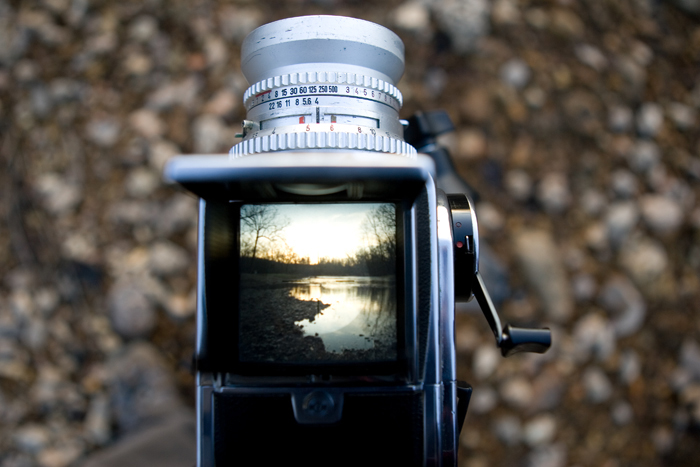 So, I began to setup.

I sat the Hasselblad on the table and aimed it at my recliner. It was important to have both the focus of the Hasselblad and the capturing camera, my Canon 1D Mark II, sharp. To pre-focus the Hasselblad, I laid a newspaper over the headrest on the recliner. The contrasty text made for a great focus chart.

Next was to position my 1D Mark II.

I knew I would need a unique positioning so I took out my Magic Arm, a multi-jointed camera mount. I carefully positioned it directly over the focusing screen of the Hasselblad.

I was shooting with the Canon 24-70 f/2.8 L lens. This gave me a bit of versatility once I had the Magic Arm locked down.

I wanted the image to be spot lit. I put my Canon 550ex Speedlight on a stand and attached the Gary Fong PowerSnoot. To fire it, I used my Pocket Wizards.

I took a few test shots to fine tune the exposure. 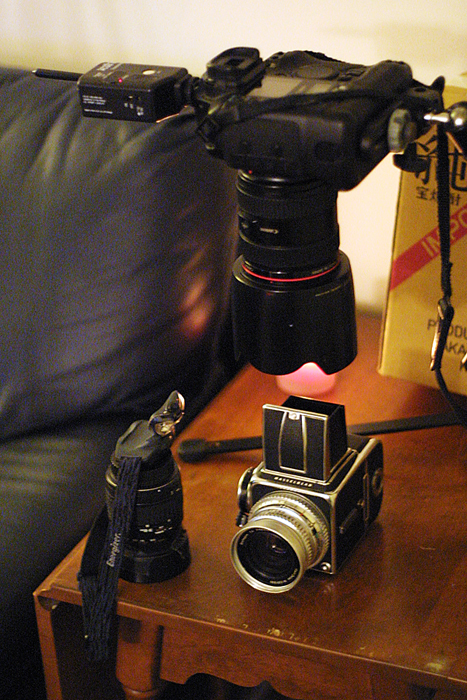 The setup for the self-portrait. ©2010 Max Gersh

The flash is to the left and about eight feet up.

I was worried about the Magic Arm tipping over so I placed a somewhat heavy box on the back of its tripod base as a counter-weight.

When all was said and done, the portrait turned out kind of cool. 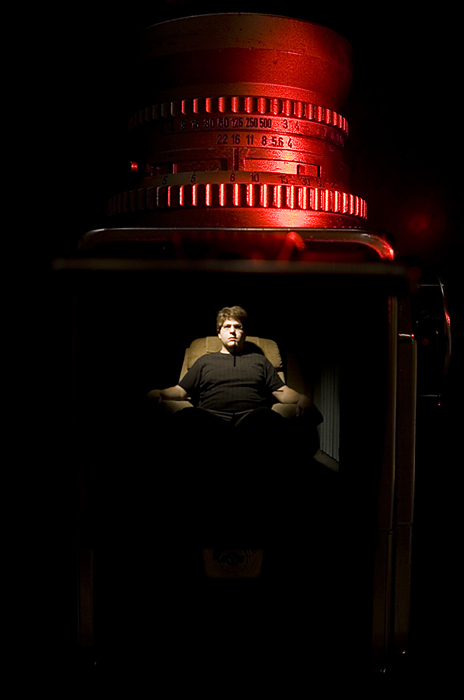 A self-portrait of Max Gersh seen through the ground glass of a Hasselblad 500 C/M. ©2010 Max Gersh

It was completely overkill and unnecessary.