While in a meeting with the newsroom earlier this week, I asked everyone if they had any upcoming stories that they would like me to try and add some multimedia to.

Our sports editor spoke up immediately with an idea. He was doing a feature story on a kid that shoots incredible basketball trick shots at the YMCA.

Yesterday, I met up with the sports editor and the trick shot champion, Michael Harsha. 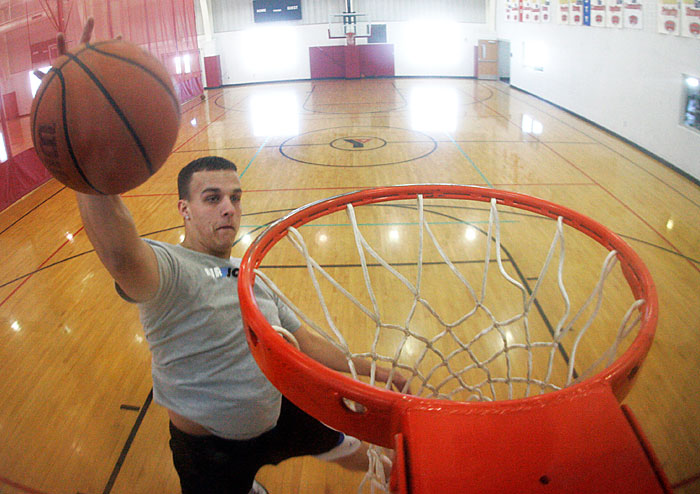 Michael Harsha is a trickster on the court. He practices his shots at the YMCA in New Castle. He played for the Trojans and graduated from New Castle Chrysler High School in 2009. (C-T photo Max Gersh) ©2010

I have done backboard still shots like the one above but this was my first attempt at a backboard video.

I stayed on the ladder while he was shooting to keep the video camera from moving too much. I didn’t use a GOBO so you can see my head moving around a little in the reflection.

Aside from getting nailed with the basketball in the leg a few times while I was up on the ladder, I think the video came together pretty well.