June seemed to be a good month for images. On top of some of the others that I’ve already posted, here are a handful more.

Without question, the newsiest thing to happen to New Castle this month was a roof collapse. Big Bounce Inflatables, a local children’s attraction, had its roof cave in one afternoon with people inside. No one was seriously injured but the building had to be bull dozed down to ensure there were no further collapses. I arrived on the scene about the same time as emergency responders. 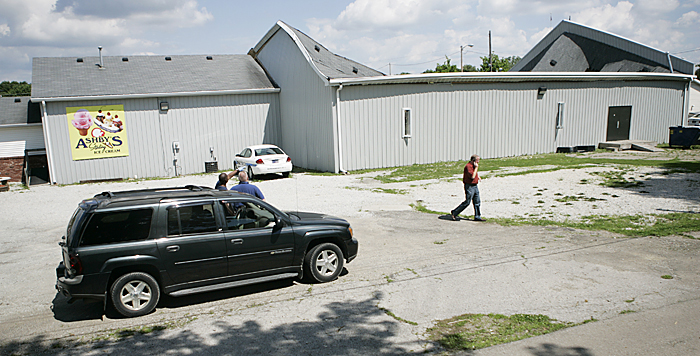 City Building Commissioner Les Hall, right, walks around Big Bounce after its roof collapsed Thursday afternoon. There were five people inside at the time of the collapse. (C-T photo Max Gersh) ©2010 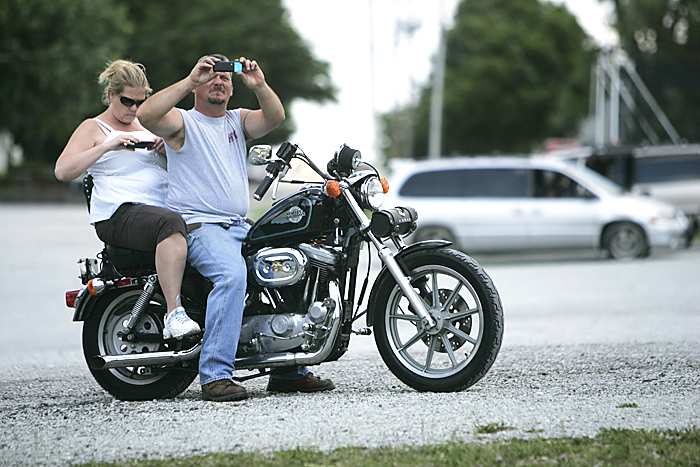 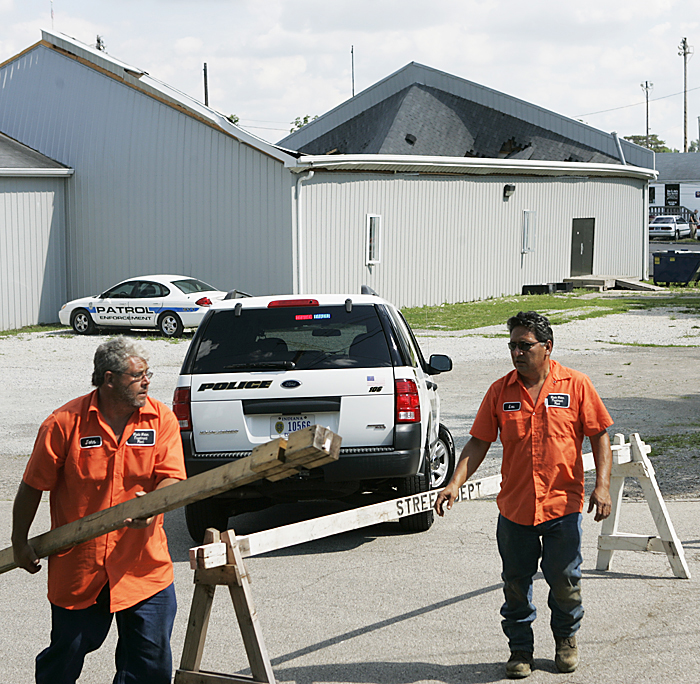 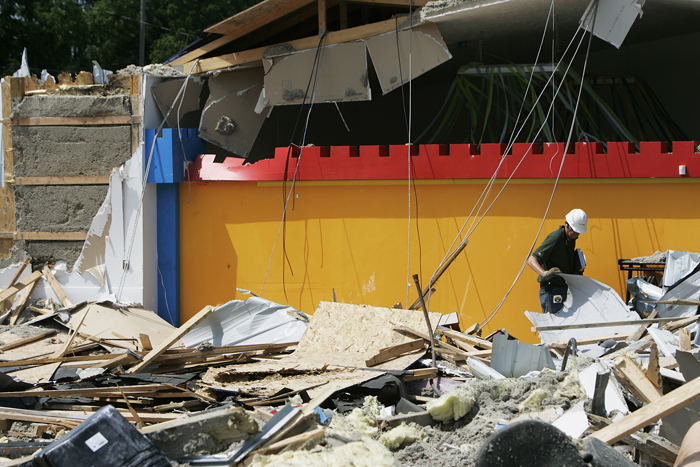 An Indianapolis based civil engineer searches through rubble at the site where Big Bounce Inflatables collapsed Thursday afternoon. He said that it is difficult to distinguish what damage was done during the collapse from what was done by bulldozers. (C-T photo Max Gersh) ©2010

As hard as I try to get to spot news quickly, sometimes I just can’t get there fast enough. For example, a motorcycle caught on fire one afternoon. My route was plagued with stop signs and red lights. By the time I got there, the bike was extinguished. 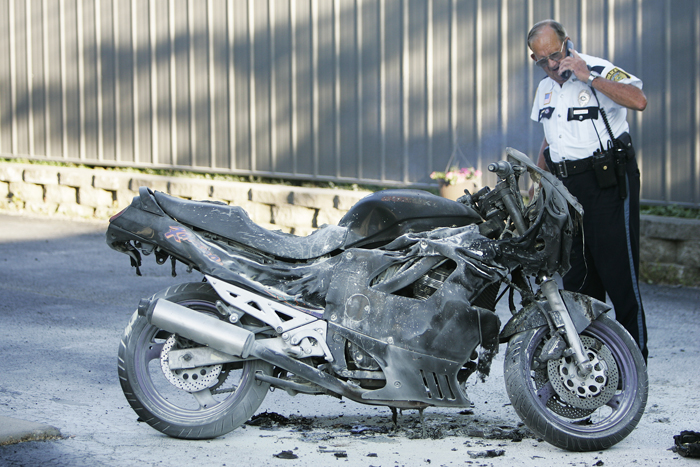 Vaughn Reid Jr. looks down at a motorcycle that had caught on fire Thursday night shortly after the bike had been extinguished. The motorcycle was supposed to be sold later the same evening.(C-T photo Max Gersh) ©2010

The last thing you think of with a parade is rain. During this year’s Memorial Day parade in Middletown, it hardly let up. Wet streets, diffused skies and umbrellas all can be beneficial to photo composition. 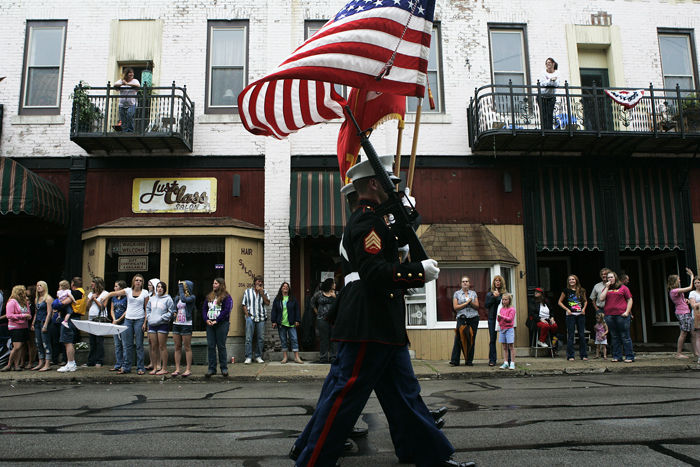 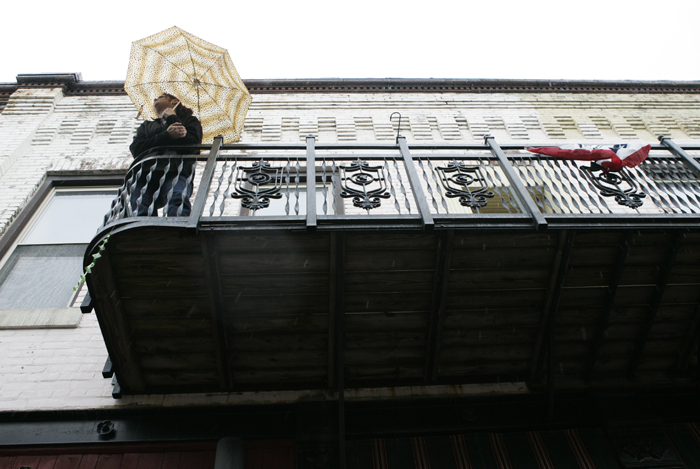 A woman watches the parade from a balcony Tuesday evening as part of the Middletown Lions Club Fair. (C-T photo Max Gersh) ©2010

With Memorial Day comes the opening of swimming season. Of course I have to make the obligatory pool feature shot. 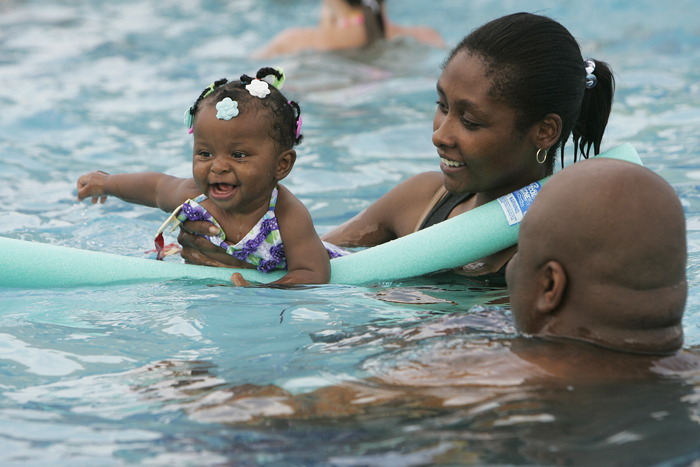 Jae Williams, six months, swims with her mother, Marquetta, and father, James Wednesday afternoon in the Aquatic Center at Baker Park. The Williams' moved to New Castle in January and this is Jae's first season in a pool. "We'll be out here every day it doesn't rain," said James Williams. (C-T photo Max Gersh) ©2010 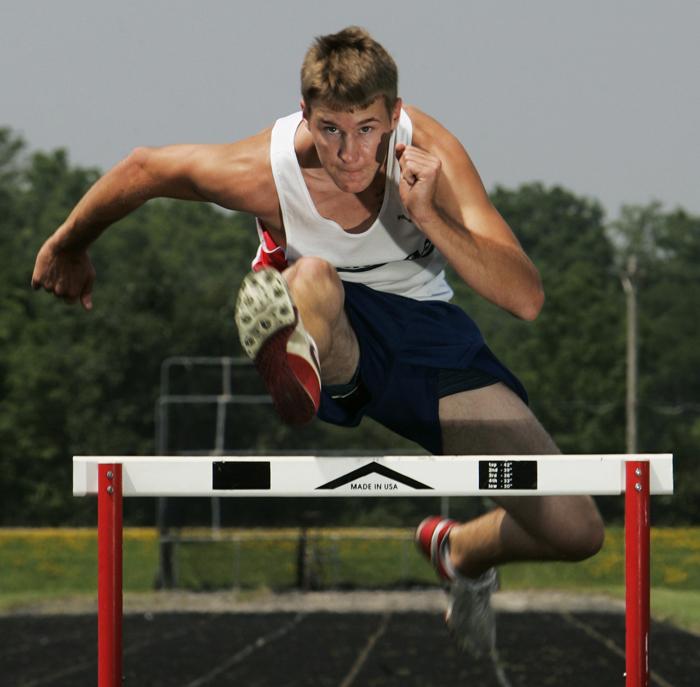 With budget cuts running rampant, it came as little surprise that the New Castle Community School Corporation decided to close Greenstreet Elementary School after this school year. It wasn’t easy for many of the students or teachers on the last day of school. 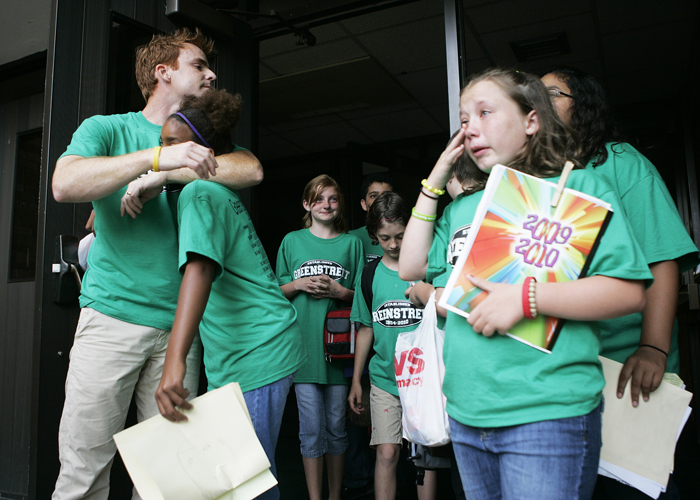 Fourth grade Greenstreet Elementary School teacher Aaron Benson waits at the door to hugs students as they leave Tuesday after their final classes. Students are being spread between three area schools after budget cuts forced the school corporation to close Greenstreet after this school year. (C-T photo Max Gersh) ©2010