Cell phones are everywhere. Most people have one. Many people have more than one. It should come as no surprise to me for people to be using their phones in my pictures.

As a society, we are now used to seeing citizens take out their phones to snap pictures at the passing by celebrity or even from the upper deck at a sporting event. National Geographic even published a book on how to optimize your cell phone photography. 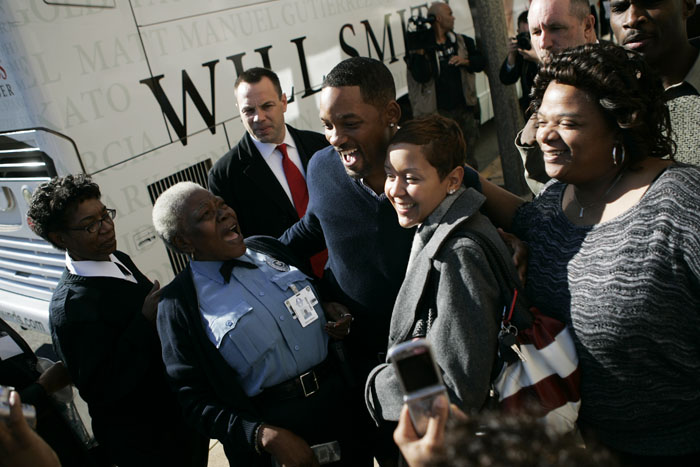 Wednesday, November 19, 2008 Fans embrace Will Smith as he exits the St. Louis Post-Dispatch building Wednesday afternoon. One fan in the lower section of this image can be seen photographing Smith with a cell phone. Max Gersh | Post-Dispatch ©2008

But is it always appropriate to be on your phone? Does it sometimes go beyond what social etiquette deems acceptable?

I want to say upfront that I pass no judgment on the people in these photos. I have no idea what is considered acceptable in their fields. These images just struck me as peculiar.

This first photo is from St. Louis on the Martin Luther King Bridge. There was a fatal car accident. I was shooting from the MetroLink station in Illinois just south of the bridge.

The police officer in the photo had already taken what I presume were the official photos of the scene with a DSLR. Then, it appeared as if he were taking shots of the wreckage with his cell phone. 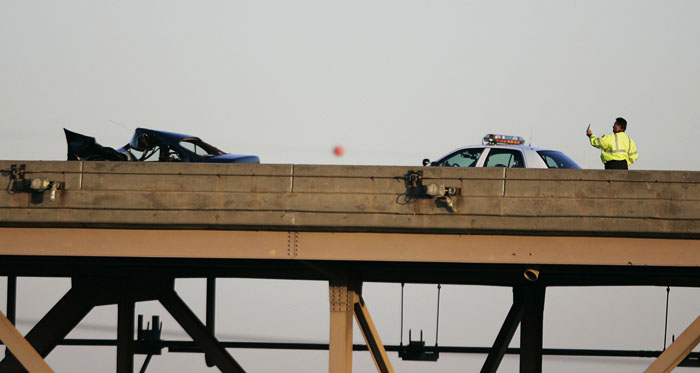 Friday, December 5, 2008 A police officer holds up his cell phone at the scene on an early-morning fatal accident that blocked all traffic on the Martin Luther King bridge. Max Gersh | Post-Dispatch ©2008

Today while photographing a meeting of the New Castle/Henry County Economic Development Corp. (EDC), one of the panel members seemed to have trouble staying off of his phone.

These photos have no significant meaning other than the included cell phone usage caught me off  guard.

Again I want to stress that I pass no judgment on the people in these photos. I don’t know if there was something of the utmost importance that couldn’t wait. I just felt like sharing these images to see if anyone else had to think twice about the situation.