A return to Fight College 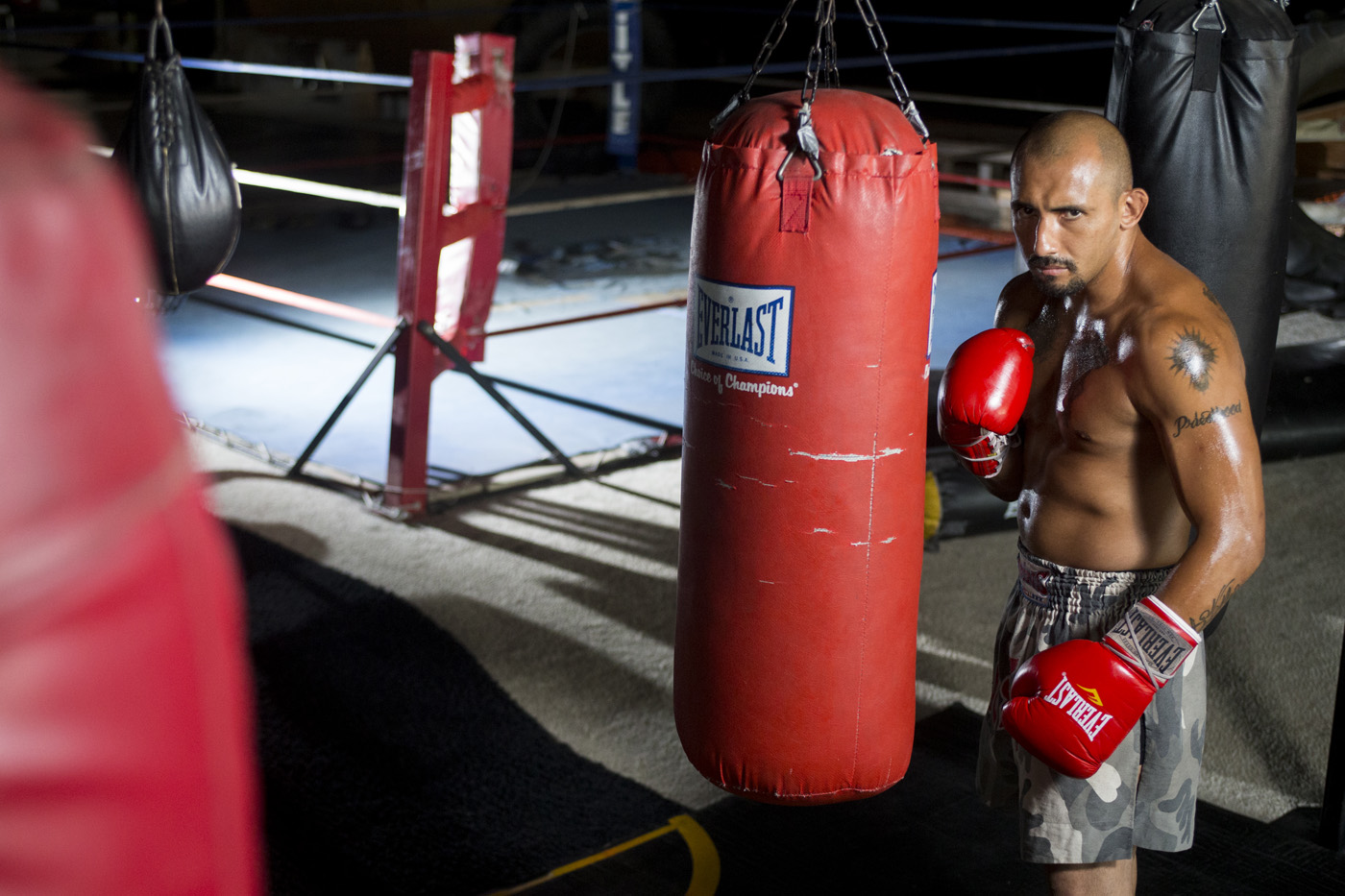 Every now and then, I have an assignment at a place with absolutely gorgeous light. That is the case with Fight College, a boxing gym in Rockford.

I first wen to the gym in April of 2013 shortly after they opened and I immediately noticed the light. Everything is in one big rectangular room. One of the short walls is completely windows. Most of the other walls are painted black. There are also a few sections of mirrors.

I found my angle while photographing a boxer in training that let the light gently rake across my subject’s face.

Ryan Holden, 30, of Rockford, trains by hitting a focus target Tuesday, April 30, 2013, at Fight College on North Main Street in Rockford. Holden has been training in boxing since 2007 and currently tries to train at least five days a week. ©2013

I knew I wanted to do another story there.

It was a little more than a year later when I returned to do a feature on a boxer that was training for his first pro bout. We had the place to ourselves. First, I did a portrait.

Gus Rodriguez, 31, of Machesney Park, pictured Monday, July 7, 2014, at Fight College Inc. in Rockford, will be competing in his first professional boxing match on Friday in Davenport, Iowa. ©2014

Then I made a video of his training.

I’ll jump at any opportunity to shoot there again.