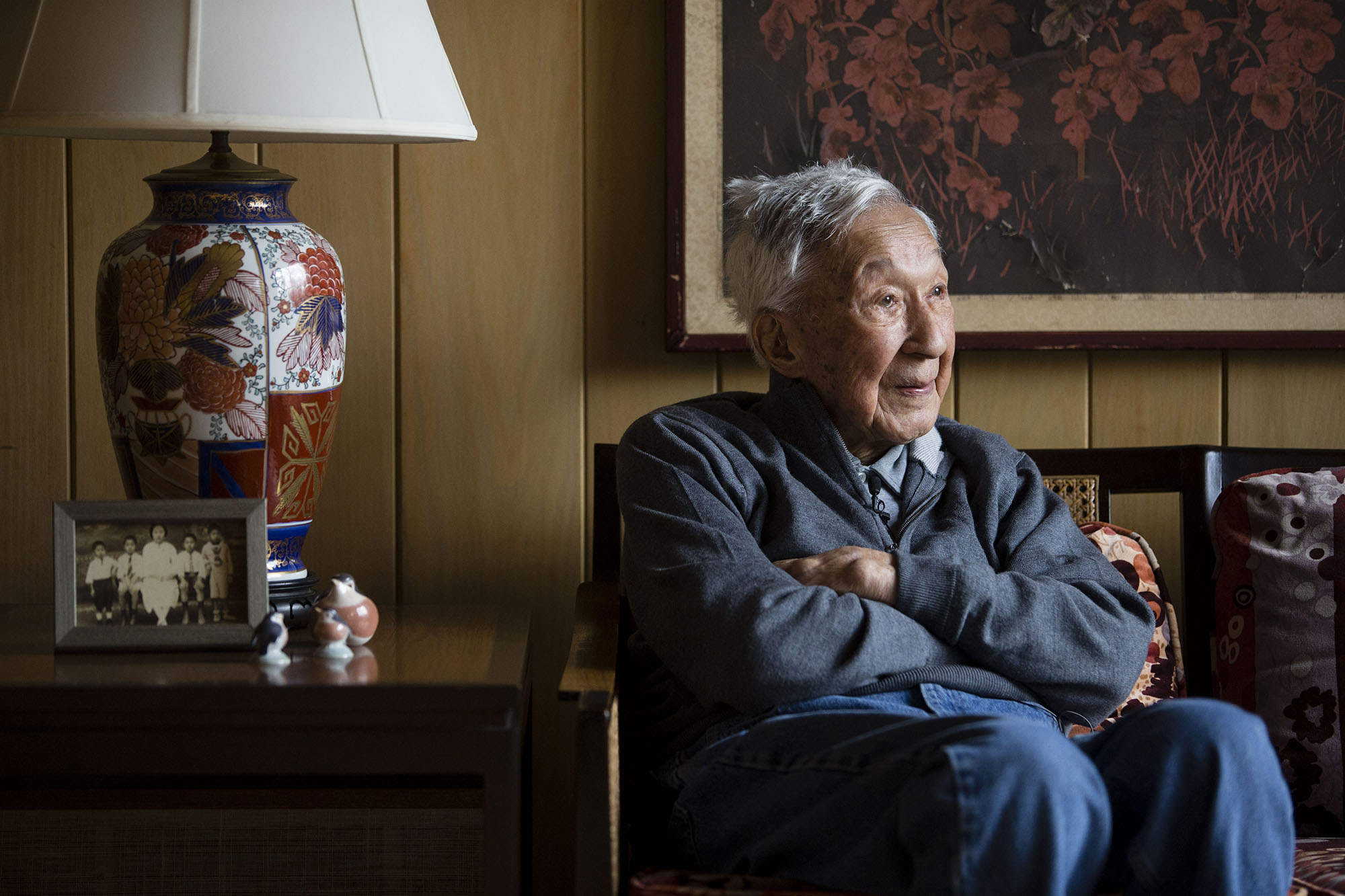 War veterans offer great perspective on many issues. It should come as no surprise that photojournalists regularly are photographing vets.

On the Fourth of July, I met with a Vietnam vet who had PTSD. The fireworks booming all around the city caused extreme stress.

Situational awareness was critical when making his portrait. I didn’t want to do something to make things worse. Before setting up lights, I asked to make sure that he was ok with it. I didn’t know if the bright flashes in the dark room would bother him. I also made sure my camera was not on motor drive. My camera, the Canon 1DX, shoots 12 frames per second. I could imagine that being an issue.

He was comfortable with what I was doing so I went ahead and started positioning him and the light to make my portrait.

Photographers have a lot of responsibility. We can change the mood with how we compose and light things. This leaves the ethical onus on our shoulders to tell stories accurately. I did my best to capture his story.

Glenn Lego, 69, who suffers from post traumatic stress disorder, dreads fireworks which can trigger memories from Vietnam. Lego served in the U.S. Navy from 1966 to 1970. Photographed on Thursday, June 30, 2016, at his home in Rockford. MAX GERSH/STAFF PHOTOGRAPHER/RRSTAR.COM ©2016

More recently, I was tasked with photographing a veteran who was in Hawaii during the attack on Pearl Harbor. This photo was going to run with a story about him on the 75th anniversary of the attack.

This is the third time in the last five years that my paper has written and photographed this man for a story about Pearl Harbor. First was for a 70th anniversary story. Then a WWII story. And now this. I wanted to do something different from what previous photographers had done (which were both nice frames).

Allen Pang talks Friday, Nov. 18, 2016, at his home in Rockford about his time with the U.S. Army Air Force during World War II. Pang was about a mile from Pearl Harbor studying at the University of Hawaii when the attack began. MAX GERSH/STAFF PHOTOGRAPHER/RRSTAR.COM ©2016

I had an hour or more of raw video to sift through. Ultimately, I edited down to his experiences as a bombardier navigator in the U.S. Army Air Force.

Read more about Glenn Lego: When the fireworks start, one Rockford veteran will have his head under covers