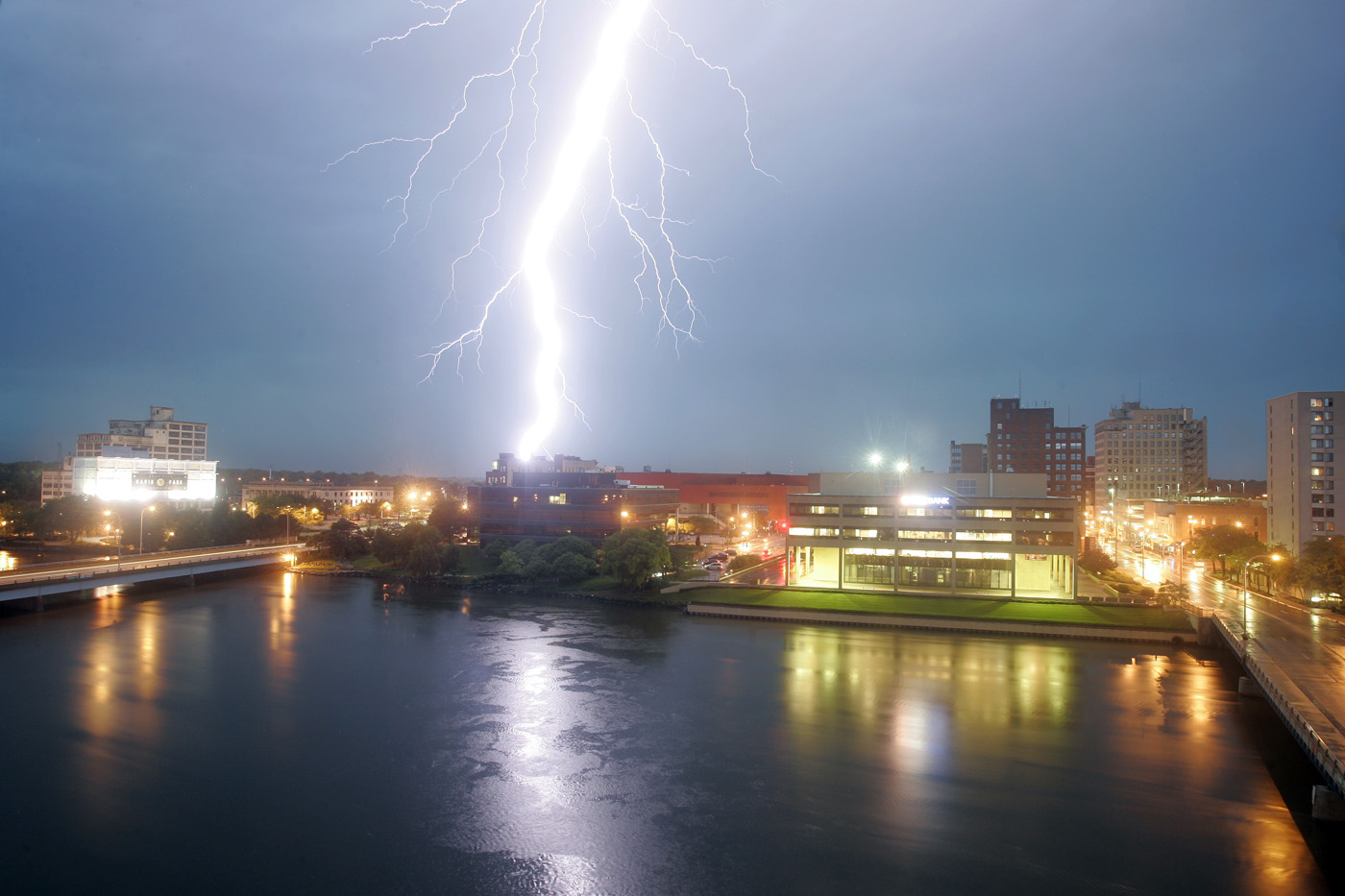 If you’ve met me, it’s probably no secret that I’m a weather junkie. I’m convinced that in a past life I was a meteorologist. So you might find it surprising that I’ve never really gone out to make any cool weather photos. I’ve been working to change that over the last year or so.

When strong storms are predicted for our area, I gather my remote camera bag and trek up the stairwell in the Rockford Register Star news tower. I have a favorite window that looks southwest over the Rock River. I set my tripod right in front of the window and run hard power to the camera. I use a cut of black seamless (backdrop paper) with a hole cut out for the lens as a gobo (goes before the optics) to block things from behind the camera reflecting off of the window and back to the lens. 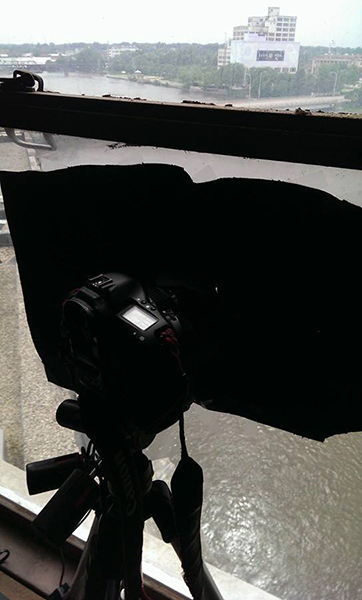 A remote camera sits on a tripod on the fifth floor of the Rockford Register Star news tower. PHOTO BY MAX GERSH ©2014

I let the camera run all night. Many times, this simply catches cool cloud movement. However, on the most recent storm, there was a lot of cloud-to-ground lightning. My camera caught a dozen or so lightning shots throughout the night with one being exponentially cooler than the rest. 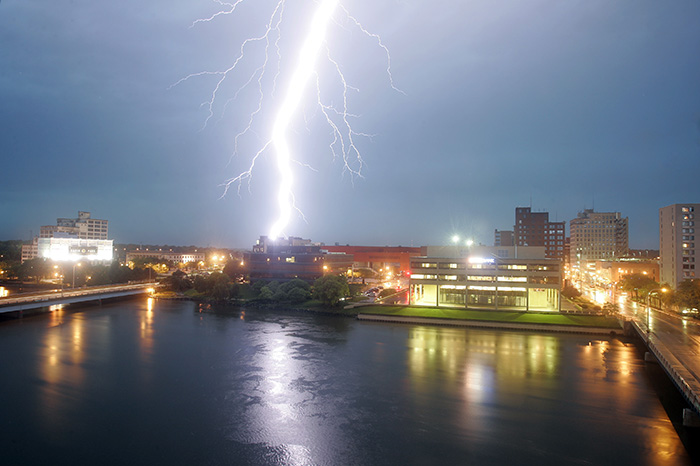 The full time-lapse is fun too, but not nearly as impactful as this still frame. Every eight seconds of video represent an hour of time.

We will see what else this storm season has in store for us.
bolt downtown gobo intervalometer lightning remote rockford severe storm strike time-lapse weather