Most people can enjoy or appreciate a spring shower. It takes a bit of a unique personality like that of my own to enjoy strong storms that produce heavy rain, hail, lightning and occasionally tornadoes.

I have what one might call a slight obsession with storms. There is something soothing about them even thought they can often be incredibly violent.

When I know storms are coming, I listen to NOAA weather radio, SKYWARN frequencies and constantly monitor live Doppler radar images from my phone or computer. All of this is in hopes of positioning myself to photograph the storm.

Out of pure interest, I took a weather spotter training course. I figured that this was another tool to have in the belt to ensure my safety and best position myself.

These past two weekends, I have been in St. Louis. Both times, I was greeted with tornado sirens. On the first occasion, I was in St. Louis City. There were too many trees and closely grouped buildings to see the clouds and where the storm was coming from.

The next weekend, I was a little further out in rural St. Louis. As the storm clouds rolled in, I went out. 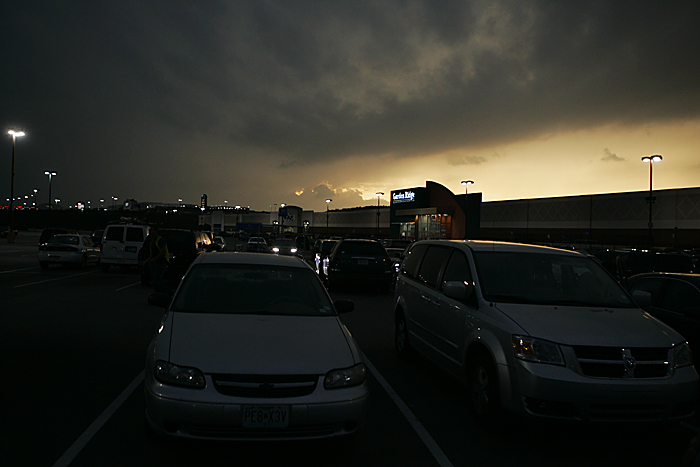 The sky looked ripe to produce a powerful storm. The only problem is that is was almost night time. The sky was so dark, it would be impossible to see the tornado coming. Thinking safety first (which I don’t always do), I retreated to my girlfriends apartment in Fenton where I could watch the skies from a basement window.

As the storm geared up overhead, I put my camera on a tripod and started taking long exposures out of the window in hopes of capturing some nice lightning shots. While lighting photography is always a bit of a luck game, it proved to be more difficult than usual that night.

There were many tremendous bolts. However, many of those were overexposed because of the high volume of cloud lightning that served as a large, soft skylight.

Here are a few of the better images I made. Keep in mind that since I was inside seeking shelter, I didn’t have the luxury of changing angles. Also, the spots on the pictures are rain on the window I was shooting through. 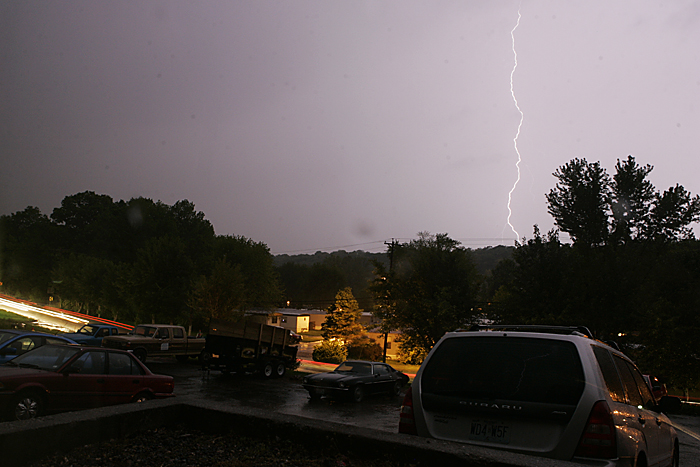 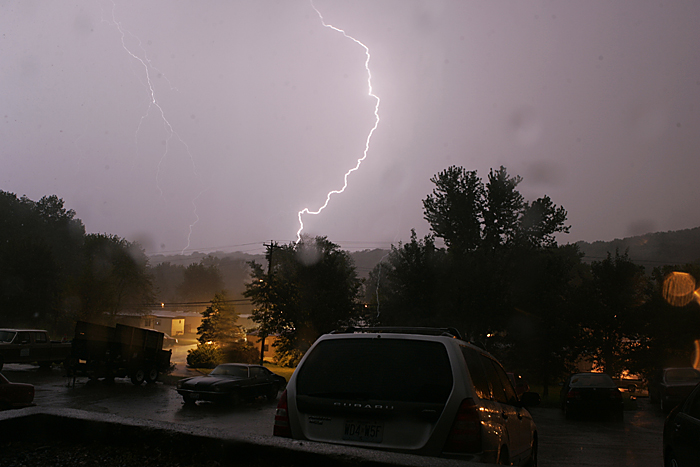 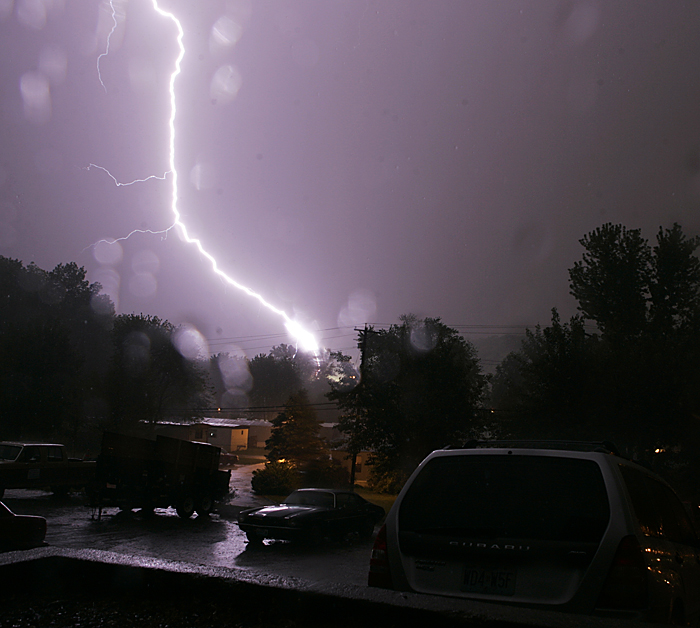 It wasn’t until later that I knew how close the tornado was to passing directly overhead. One of my friends who is a storm junkie similar to myself took a screen shot of his radar software as the storm was declared to have a confirmed tornado.

This image shows the relative storm velocity. It essentially measures wind speed and direction relative to the storm itself. This is a key element used in predicting tornadoes.

I was at the “A” marker, approximately. 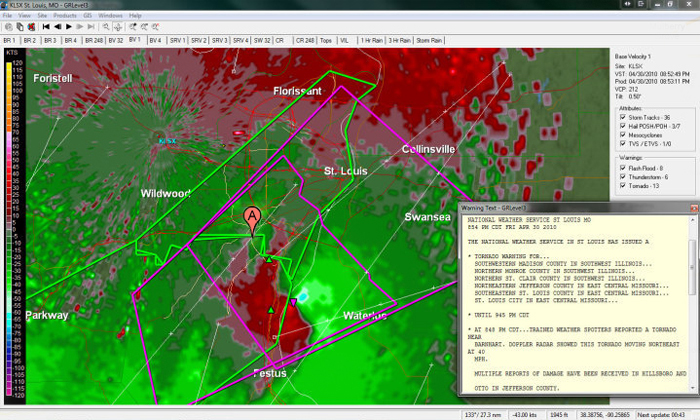 This radar image shows the relative storm velocity of a storm that produced a confirmed tornado in the St. Louis area.

The pink warning polygons are areas under tornado warning while the green are flash flood warning. Obviously, they can and do overlap.

If you notice the red patch on the radar image just south of the “A” marker, that is an area of the storm with winds moving in a different direction than the storm itself. That is where the tornado was.

I’m hoping to get a tornado photograph by the end of this storm season. It’s too bad that all of the strong storms that I run into have been at night.