As a photojournalist, I have to be flexible to photograph anything at any time. That can be anything from breaking news to sports and even the occasional environmental portrait. My weakness is portraiture.

I think it is fair to say that most shooters have strengths and weaknesses. At a spot news event, I feel at home. I’m there to capture the scene. I play a background role as an observer. With portraiture, I’m in charge. I set the lighting, the pose, the background, etc. I control the scene.

I’ve felt that this has been my weakness for some time. I’m a firm believer in the concept of overcoming a weakness/fear/challenge by confronting it. So that’s what I’ve done, not that I have all that much say in the matter of what my assignments are.

Some shoots are easy to come up with an idea. In the case where  I think I might run into a creative roadblock, I either research ideas or discuss the assignment with my editor or coworkers.

For example, you might remember my portrait of Byron basketball player Hunter Hill. I had no idea what to do to illustrate a player that just broke the school record for assists. With a little help from my editor, I was able to capture an image that showcased Hill nicely. 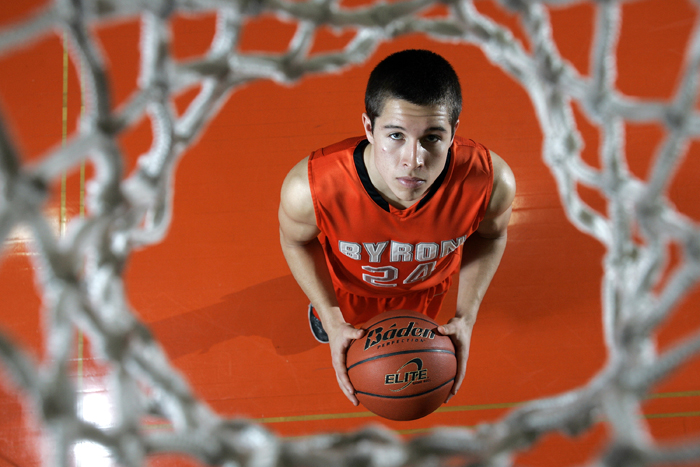 When I’m having trouble making the image I want, I’m not afraid to take as much time as possible and work as many angles and compositions to get the best frame. My shot of Wayne Lensing that ended up making it to the New York Times wasn’t the only frame I took. I spent a decent amount of time with Lensing, slowly crafting the lighting and scene. 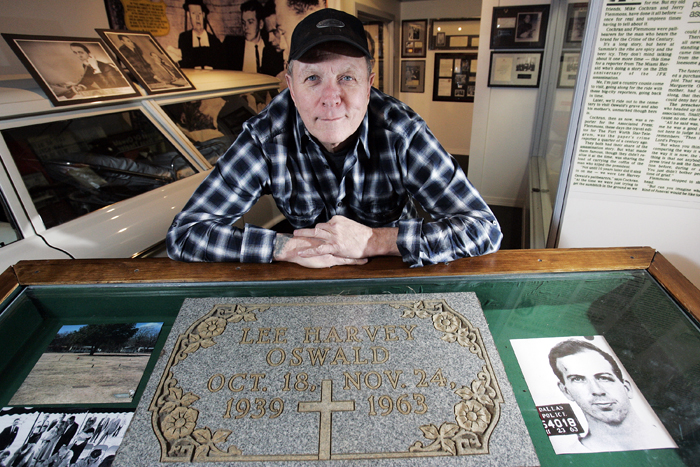 MAX GERSH | ROCKFORD REGISTER STAR Wayne Lensing stands next to Lee Harvey Oswald’s tombstone in the Oswald Room Monday, Feb. 13, 2012, at Historic Auto Attractions in Roscoe. Lensing has owned the stone for about one-and-a-half years. In the background is the ambulance that picked up Oswald after he was shot by Jack Ruby in Dallas, Texas. ©2012

A portrait can be a very powerful image. The way an image is taken can easily convey a message. For example, my portrait of Jefferson High School’s pole vaulter Joe Ward didn’t even show his face. It still portrayed an athlete that could soar to the state tournament. 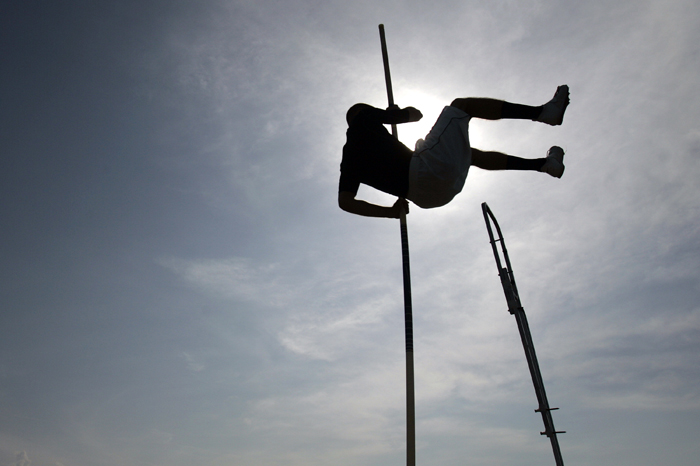 MAX GERSH | ROCKFORD REGISTER STAR Jefferson senior Joe Ward, 18, practices pole vaulting Wednesday, May 2, 2012, during practice at Auburn High School in Rockford. Ward was practicing clearing a height of 13 feet and nine inches. A jump of that height at the sectional level automatically qualifies that athlete to compete in the state tournament. ©2012

Truth be told, I was happier with my Instagram photo of Ward. 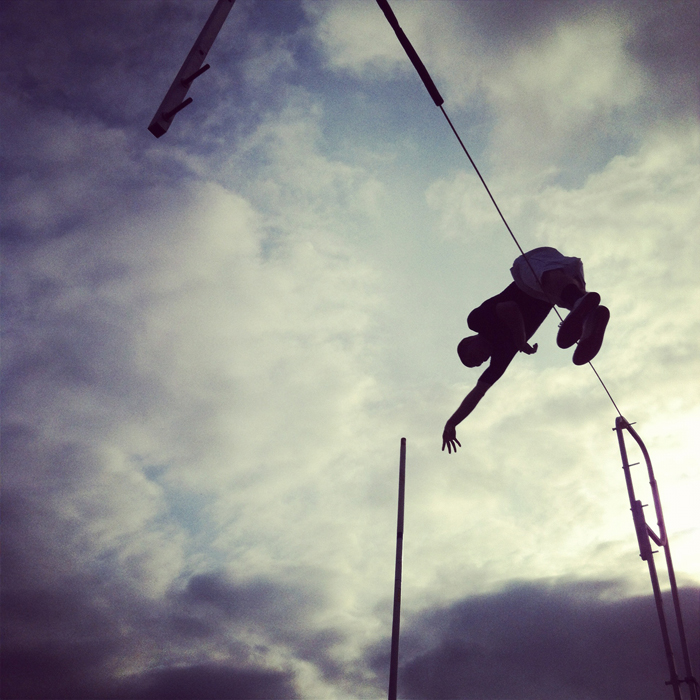 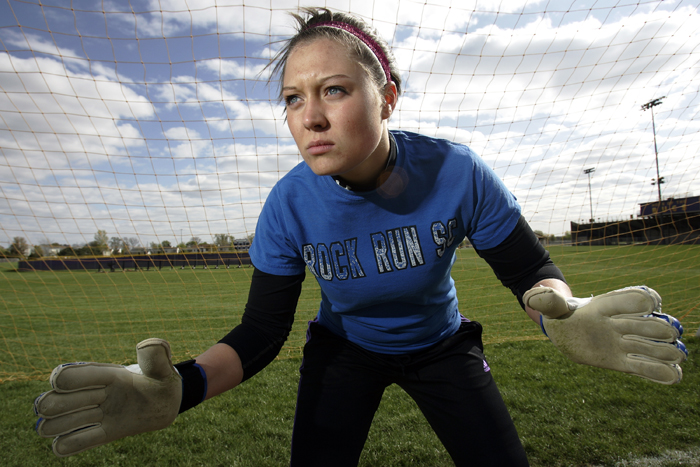 MAX GERSH | ROCKFORD REGISTER STAR Belvidere goalie Courtney Shale, 17, looks out from the goal Tuesday, April 10, 2012, during practice at Belvidere High School. Shale has a rare muscle condition called Rhabdomyolysis that only allows her body to use carbohydrates for energy. ©2012

I also photographed a group of local boys who were going to be competing in the USAV Boys Junior National Championships. 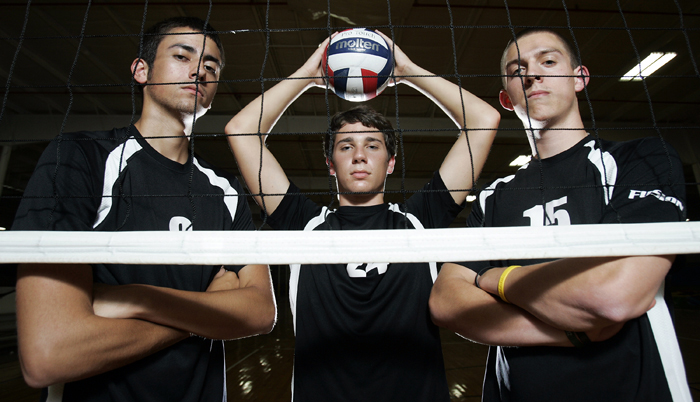 Some portraits are simple and straight forward. For example, this shot of West Middle School Principal Maceo Rainey. With a story about a Creative and Performing Arts program coming to the school, a shot in the school’s theater seating provided a clean setting for a simple image. 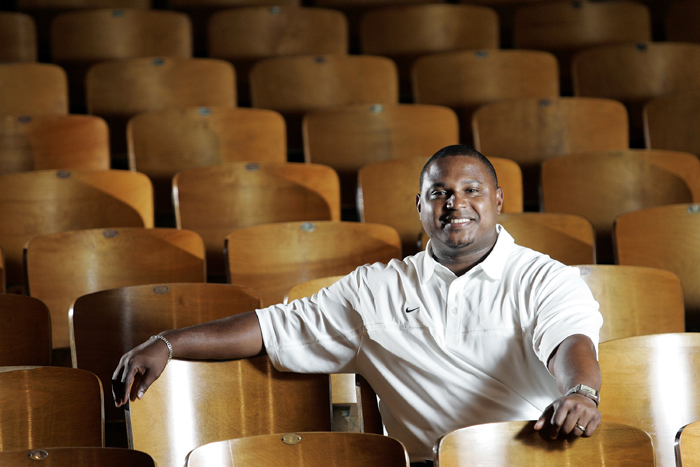 West Middle School Principal Maceo Rainey sits in the theater Monday, July 23, 2012, at the Rockford school. Rainey said the theater will be undergoing some renovations now that the school hosts the Creative and Performing Arts Center program. “This transition is reflective of the district’s and the school board’s commitment to ensure all students maximize their talent and potential,” Rainey said. MAX GERSH/ROCKFORD REGISTER STAR ©2012

On the same note, this image of Rob Bauer clearly painted the renewable energy picture. I also think this was the first time I’ve been up on a ladder on a rooftop. 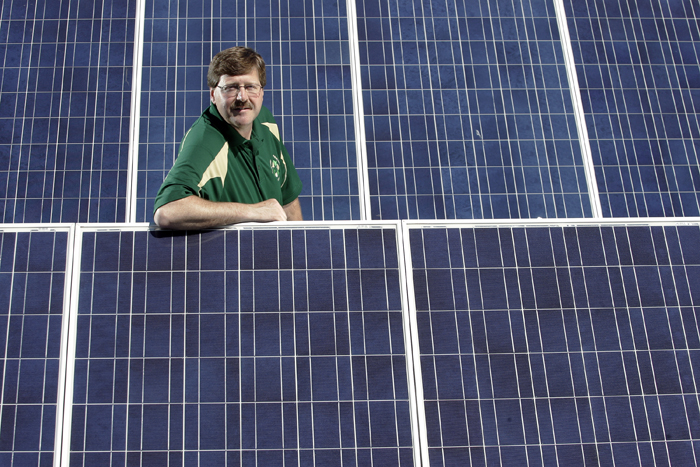 Some portraits seem to fall into place. I was at Kathi Johnson’s home with a reporter and I was shooting while he interviewed her. I set up a speedlight with an umbrella over my right shoulder aimed at her face. I had another behind her to help separate  her from the background. When he finished up the interview, I had her look over at me and I spun a framed picture of her birth mother around. Simple but illustrative for the story. 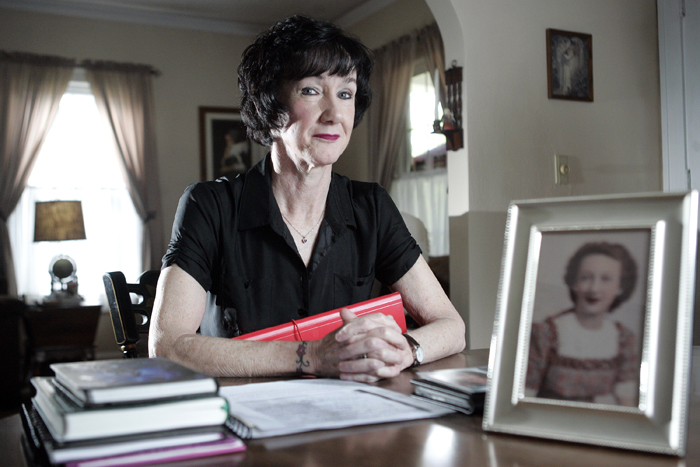 MAX GERSH | ROCKFORD REGISTER STAR Kathi Johnson sits at a table with notes, paperwork and photographs about her family Monday, May 7, 2012, at her home in Rockford. Included is a photograph of her birth mother, Ruby Lundquist. A recent change in an Illinois law allowing children to claim their original birth certificates gave Johnson the ability to find out about Lundquist. ©2012

The last shot is one I shot last month when the intense heat was ruining the crops for farmers across the country. I needed an image of a farmer in his field. The ground wasn’t dry and cracked but the leaves on the corn were folding to protect the plants from the excessive heat and sun. A few speedlights on full power helped me combat the harsh sunlight. Unfortunately it was far too windy to use any modifier like an umbrella. 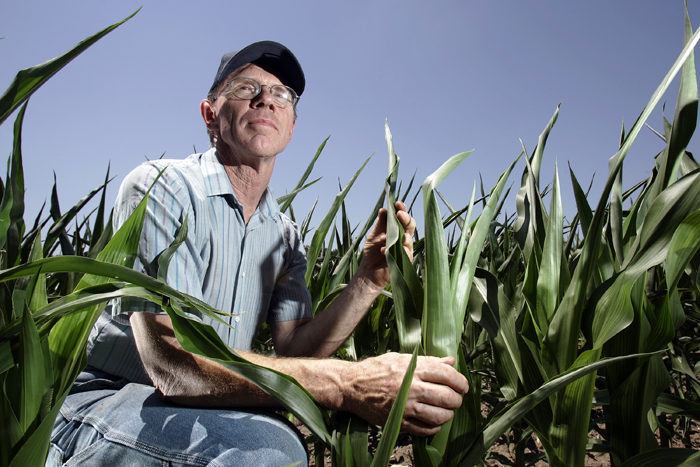 Bob Phelps kneels down by corn with curled leaves from the heat Monday, June 18, 2012, at his farm in Rockton. Phelps and his family farm about 2,000 acres of corn, soybeans and wheat in Winnebago County and Rock County, Wis. MAX GERSH/ROCKFORD REGISTER STAR ©2012

With time and practice, I hope to get more comfortable posing subjects and shooting portraits in general.