A few weeks ago, I met with a local legend that predicts the weather every year. He said we would have a mild winter. While we’re not quite to winter, the weather has been great as of recent.

In fact, all of this year’s football games have been in great weather. Not as much as a drop of rain.

Yesterday before I went to shoot the sectional championship football game between the Hagerstown Tigers and the Knightstown Panthers, I checked the weather. I knew it would be cold. Game time temperatures were supposed to be in the mid 30s. There was also a 20-30% chance of snow flurries, depending on which weather source I believed.

I’m no meteorologist but I think this snowfall is a little bit too heavy to be called flurries. 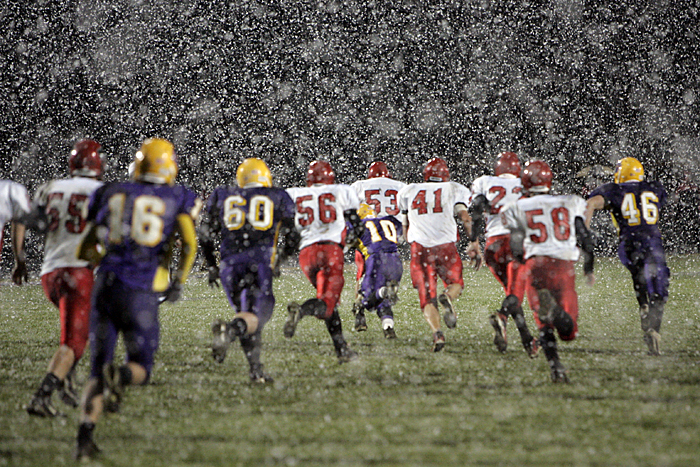 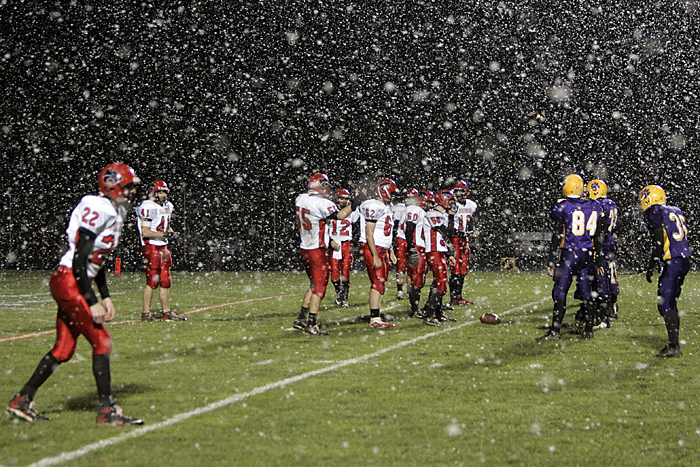 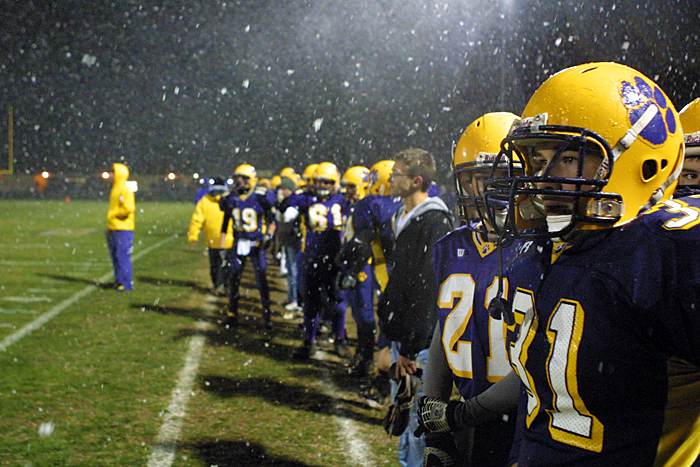 Hagerstown's Toby Fox looks out at game action from the sideline Friday night during a sectional championship against Knightstown. (C-T photo Max Gersh) ©2010 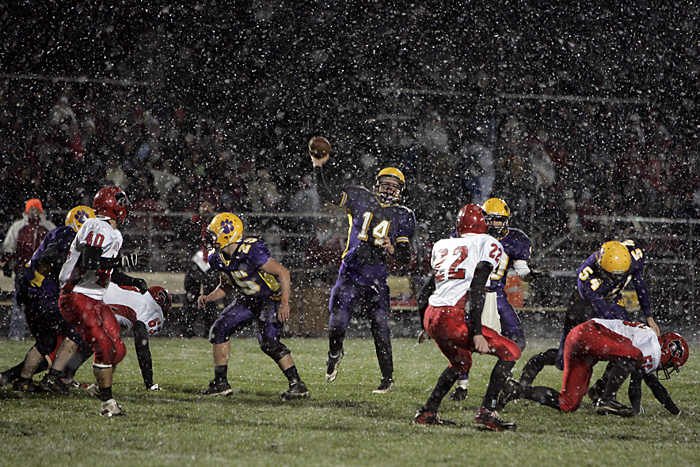 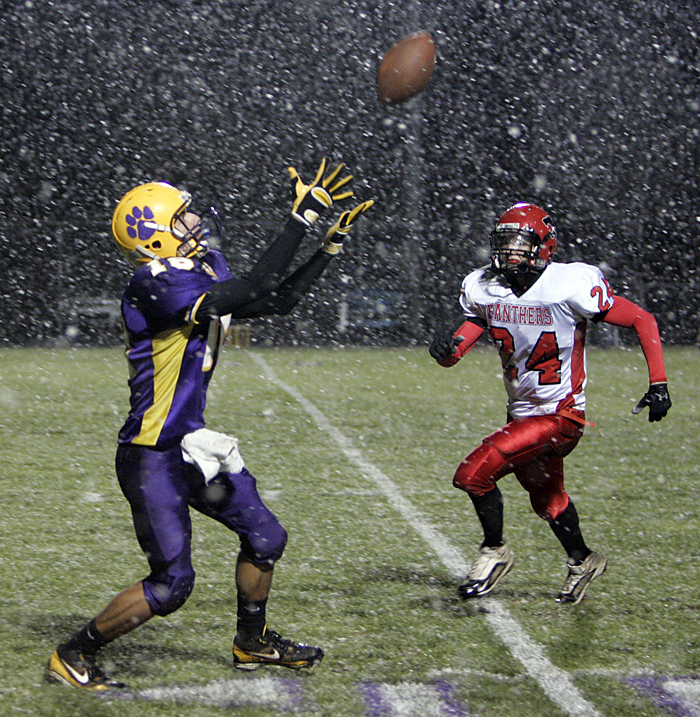 Hagerstown's Brandon Burns reaches for a pass as Jared Souder of Knightstown closes in for a tackle. (C-T photo Max Gersh) ©2010

The snow caused an unreal amount of fumbles and incomplete passes. It was hard to see across the field and follow the action at times.  Players were sliding all over the place and constantly scrambling for loose balls. 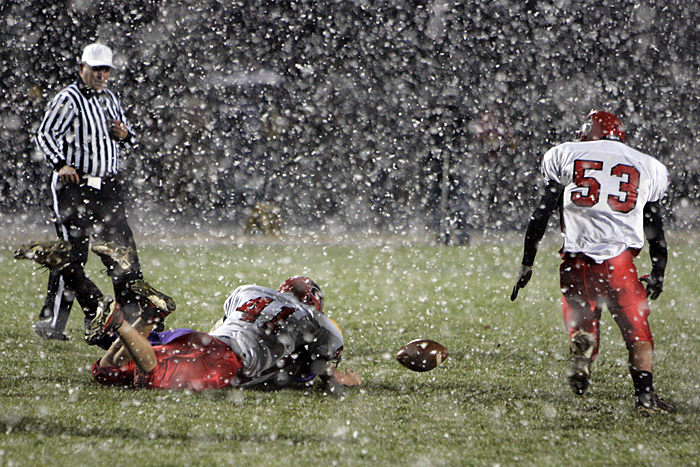 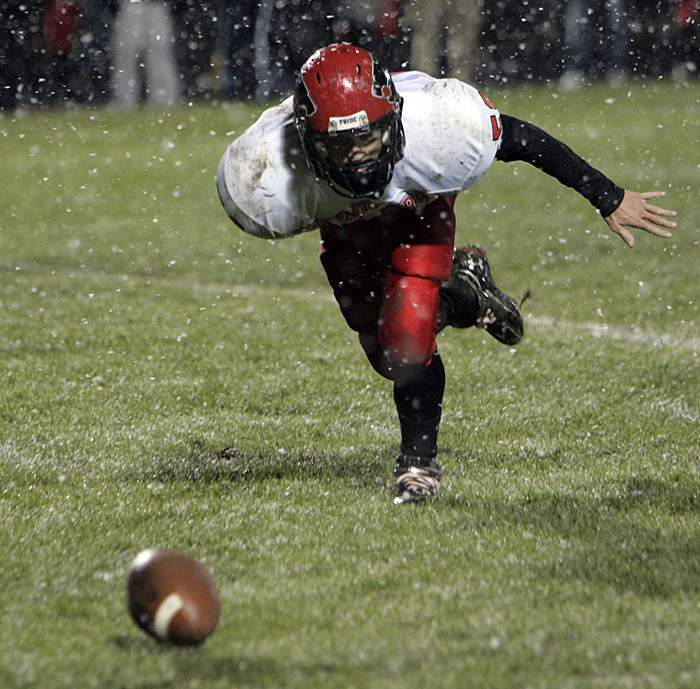 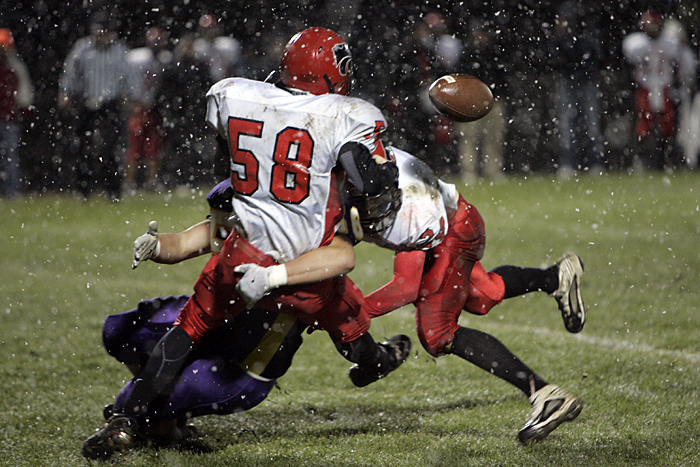 A Hagerstown defender pops the ball out of the arms of Knightstown's #58 Friday night. (C-T photo Max Gersh) ©2010

I wasn’t expecting this intense of a snowfall for the first snow of the season. Luckily I like snow and it made for an exciting game.