It’s not too often that I go wandering through cemeteries. They always give me a creepy vibe. I can’t help but notice the fresh dirt and wonder if something just went in or just came out.

Earlier this week, my girlfriend (who doesn’t quite have an obsession with cemeteries) asked me to go with her to Miles Mausoleum (apparently known as one of the most haunted spots in Illinois, but I will get to that later). She actually found it by mistake a few months ago. She was driving around Columbia, Ill. looking for photo ops when she saw it on top of a bluff.

It is about a 30-45 minute drive from our house. After getting off of the interstate, you wind down a long road until there is nothing but farmland and a few hills. Then you turn off the main road and go up one of those hills. Eventually you turn down what looks like a gravel driveway. At the end of the drive, you pass through two wooden posts that serve as entry gates to the cometary.

As you enter the cemetery, there is a sign that gives a brief history:

The first person to be buried in Eagle Cliff Graveyard was Rachel Bond, wife of Judge Shadrach Bond, Sr. on March 17, 1806.

The most recent burial was Charles Louer in 1978.

The cemetery is restored and maintained by, Eagle Cliff / Miles Cemetery, Inc. founded in 1994.

The first thing I noticed as I was walking around was the age and condition of the tombstones. First off, they were somewhat scattered everywhere. Some of them had been severely vandalized. Others were just rocks serving as grave markers. 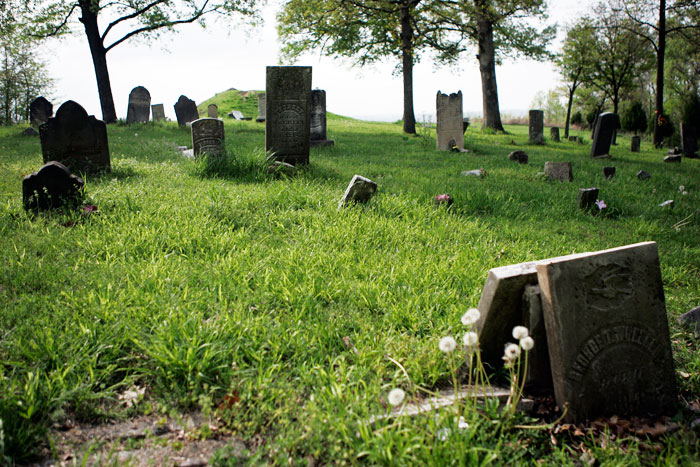 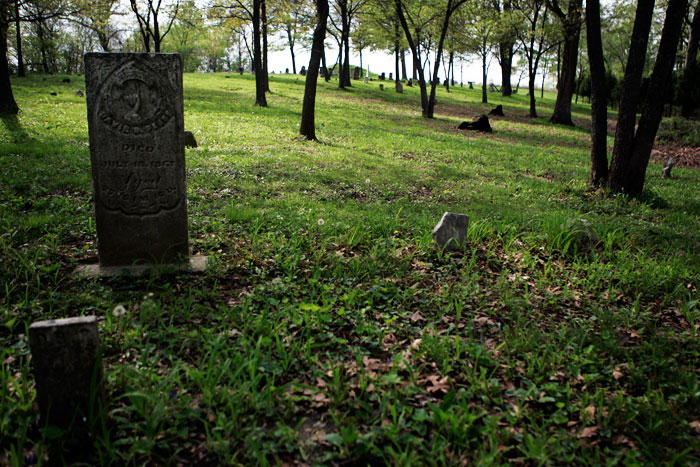 The next thing that caught my eye were the military tombstones. Most of them had been replaced by the state with newer stones. There are soldiers buried here from the Revolutionary War, The War of 1812 and The Civil War. There could be others but not all the graves are accounted for. 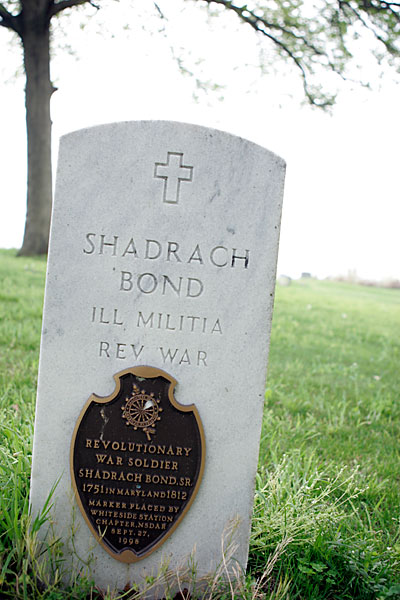 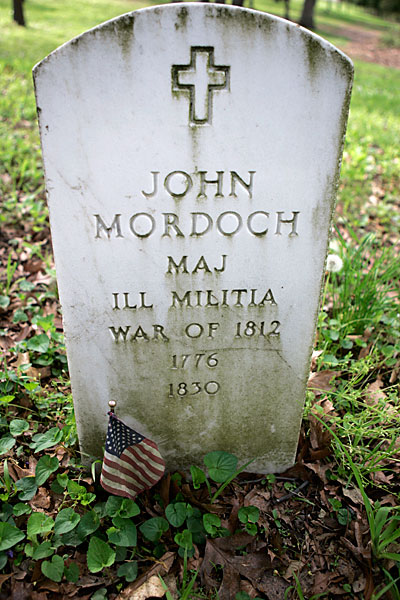 After wandering through the graveyard, we finally got to the bluff where the mausoleum is buried into the land. My girlfriend told me that it had become a popular spot for teenagers to get drunk at all hours of the day so we weren’t sure what we would find. Fortunately there was no one hiding in the crypts but the amount of graffiti was disturbing. 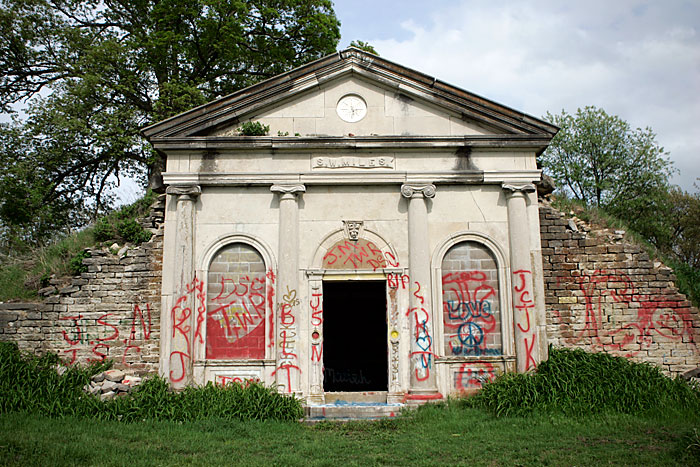 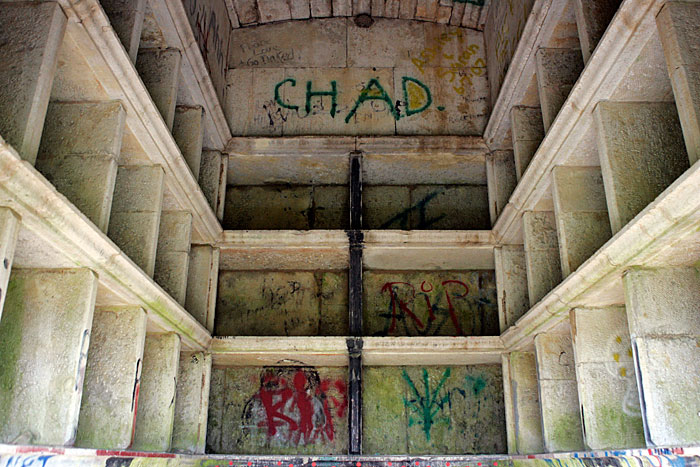 Okay. So why is this place haunted. The legend goes that the brush grew so thick on this bluff that the cemetery and mausoleum were forgotten for many years. In the 1960’s, it was rediscovered and people looted the tomb (only 11 of 56 total vaults were ever used). The bodies were found scattered all over the place. Shortly there after, a cult took the remaining bodies outside of the mausoleum and lit them on fire trying to raise them from the dead.

Is this true? I have no idea. I got the information from this guy. I think he got it from The Daily Egyptian, the student paper for Southern Illinois University at Carbondale, who wrote this article about the cemetery in 2002. It makes a great story though.

And so the legend lives on.