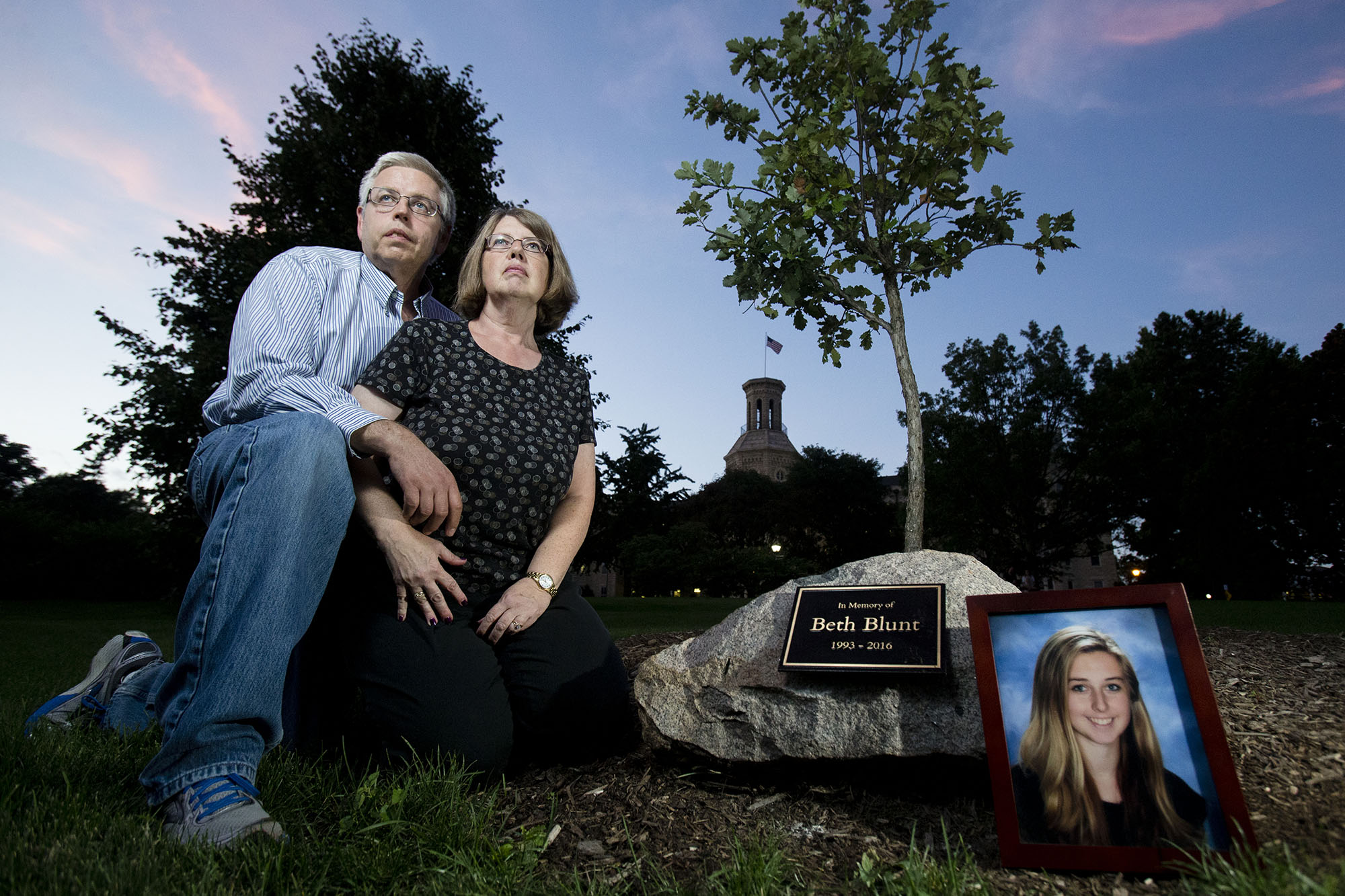 I’ve talked about covering hard stories. Usually, it’s breaking news like a shooting or car crash, or something like a funeral or memorial service.

Over the years, you become calloused to these things. You have to in order to maintain composure and tell the story.

Those things are in the moment. Coverage is reactive. But sometimes you’re covering the aftermath of something tragic. In those instances, you have time to think and relate to your story.

Recently, I had to shoot an image for a GateHouse wide project on the opioid epidemic. I was sent to Carol Stream, Ill., to photograph the parents of a girl who overdosed less than four months earlier at the age of 22. The family was sharing their story with us in hopes that it would help another family not go through this loss.

When I arrived at Terry and Lisa Blunt’s home, I immediately started thinking of a tasteful way to show this family’s connection to their late daughter, Beth. However, she hadn’t lived at home for several years. There wasn’t much more than a photograph to tie her to that household.

I had Terry and Lisa hold the photograph of Beth and I made a portrait of them on their couch.

Lisa and Terry Blunt hold a picture of their late daughter, Beth, on Thursday, Sept. 8, 2016, at their home in Carol Stream, Ill. Beth died of an overdose on May 25, in Sycamore. MAX GERSH/STAFF PHOTOGRAPHER/RRSTAR.COM ©2016

I also made an image of their hands holding their daughter’s picture.

Lisa and Terry Blunt hold a picture of their late daughter, Beth, on Thursday, Sept. 8, 2016, at their home in Carol Stream, Ill. Beth died of an overdose on May 25, in Sycamore. MAX GERSH/STAFF PHOTOGRAPHER/RRSTAR.COM ©2016

While talking with Terry and Lisa and learning about Beth, they told me that there was a memorial tree planted at Wheaton College where Terry works. Lisa had said that Beth told her that she wanted to be a tree when she died. I asked if we could take a picture at the tree and they obliged. We headed out to Wheaton.

While there, they told me how Beth used to like to go to work with Terry and see the “castle,” what she called the tower of Blanchard Hall on campus. As the sun was nearly set, I was able to make a portrait of them with all of the elements in frame to better better illustrate and more completely tell their story.

Lisa and Terry Blunt kneel by a memorial tree for their late daughter, Beth Blunt, on Thursday, Sept. 8, 2016, on the front lawn of Blanchard Hall at Wheaton College in Wheaton, Ill. Lisa said Beth used to ask to go to work with Terry, a 26-year employee of the college, to see “the castle,” what Beth called the tower of Blanchard Hall. In recent years, Beth had mentioned to Lisa that she wanted to be a tree when she died. Beth died of an overdose on May 25, in Sycamore. She was 22. MAX GERSH/STAFF PHOTOGRAPHER/RRSTAR.COM ©2016