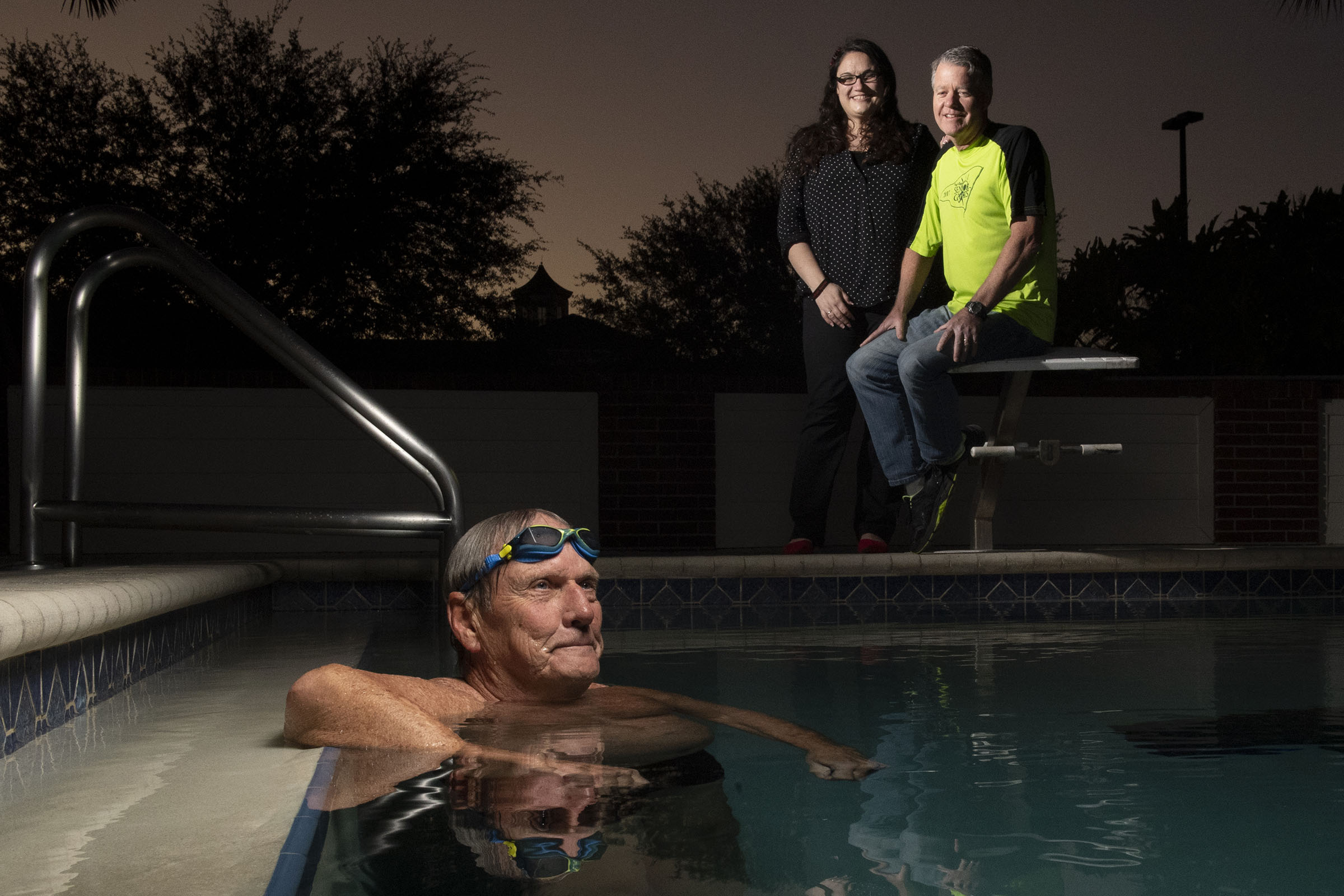 I was brought in to work on a project that took a look at the rate of survival of cardiac arrest patients in The Villages. As it turns out, if you’re going to have a heart attack, The Villages is the place you want to be.

Let me clarify. There is an extremely high density of AEDs and people trained to use them spread throughout the community. Often times your neighbor could be helping you before emergency services could get there. That little bit of time can make a huge difference.

The anchor of this package was four stories — four people who suffered cardiac arrest and those who saved them. My task was to make portraits of the pairs.

Forty. That’s how many times people in The Villages went into sudden cardiac arrest in the last two years, yet were able to walk out of the hospital because they benefited from bystanders and professional EMS care, followed by quality hospital care. Sadly, “cardiac saves” are hard to come by in America, even though we know what can help save them. In some communities, a cardiac arrest victim hopes their stars align to give them a glimmer of hope. In The Villages, the stars are a little stronger, creating better odds. It’s those who take the time out to be trained in CPR and AED use, and those who aggressively plan and prepare for these moments, because they know time of the essence. Brayden Moeller, Tom Davies, Billy LaCasse and Larry Bidwell are just four living and breathing examples of how it works. They’re four cardiac survivors sharing their thanks and stories, so you know how important CPR and AED skills are.

I chose to bring the subjects to the site of the incident. I photographed them at dusk to best control the lighting.

The first one I shot was a man who collapsed while playing softball.

The second one was maybe the most challenging. I had to boom a light out over a pool to light my subject from the correct angle. I also had to be careful to keep myself (and camera) from falling face first in the pool!

I felt like I was getting into a rhythm with them. That was till the next one which required five lights! I ran out of light stands so I asked my colleague to serve as a human light stand for one of the speedlights.

The last one was on an unusually cold night in Florida. And it was the only kid I was photographing. The boy was struck by lightning after a soccer tournament. He was clearly uncomfortable in the cold. I threw my jacket to the side to show him I was willing to freeze with him for the photo.

Overall, I was happy with how they turned out. While these people died and were brought back, I wanted these images to have a positive vibe. I felt like we accomplished that.